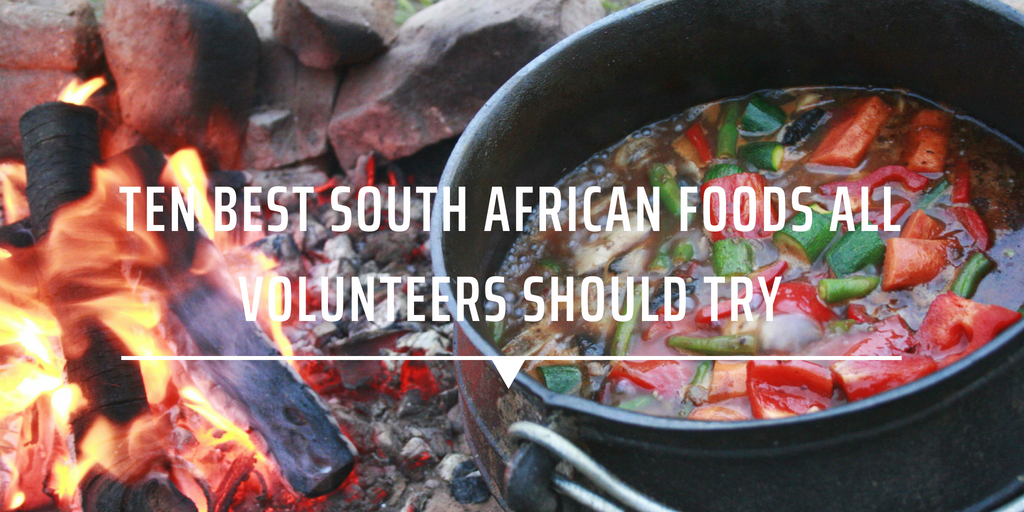 South African food is a culinary experience that will delight more than your taste buds. As you break a piece of bread and dip it into a piping hot Durban curry, you can learn about how South Africa’s complex past led to the creation of the dish.

Travel to Cape Town, and you’ll get to sample bobotie, a famous Cape Malay dish. It’s best served in the heart of the Bo-Kaap, a colorful neighborhood of houses and families who can trace their ancestry back to the 18th century.

These dishes and more are inextricably linked to South Africa’s multi-cultural ancestry.

Go beyond the typical tourist activities, and let your stomach expose you to the real South Africa. Here are the top local dishes you need to add to your gastronomy bucket list.

Biltong is one of the most popular South African snacks. You’ll be hard-pressed to find a bowl untouched at any type of gathering.

The snack is made by dry-curing meat with a method developed by indigenous people of southern Africa. Strips of beef or game are thinly sliced and seasoned with a mixture of vinegar, salt, sugar, and spices, then hung up to dry.

Grab some from the local supermarket or if you’re in Cape Town, head to a wine and biltong pairing in Stellenbosch.

If you’re feeling adventurous, you can try the more unconventional versions like cured snoek terrine or chicken biltong. 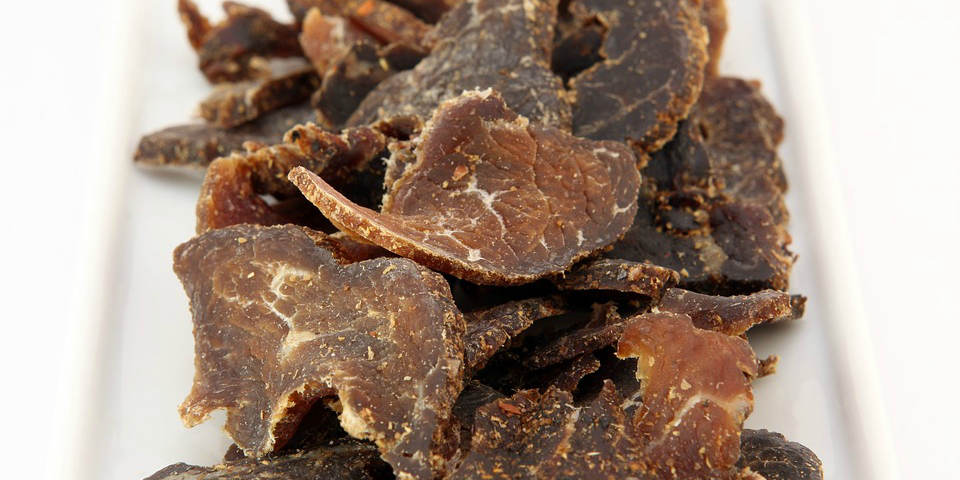 It’s a signature culinary style, developed by persons of Southeast Asian descent who arrived in South Africa at the end of the 18th century. Each recipe has been handed down from generation to generation, making it one of the most fascinating foodie experiences.

Bobotie is similar to meatloaf. It’s stuffed with spiced meat, raisins and topped with a layer of egg and cooked until golden. It’s usually served with yellow rice, banana, and home-made chutney.

It’s Cape Town food at it’s finest and a delicious way to warm up on cold winter nights.

Want a taste of the real South Africa? Go to a braai or shisa nyama.

Originating in the informal settlements of Johannesburg, butchers would set up barbecues on the weekends, grill their meat and sell it.

Fast forward a few decades later, and it’s a quintessential South African way of eating and socializing. Locals will gather around an open fire almost every weekend with their friends, watch sport and catch up.

But if you can’t wrangle an invitation, don’t worry. Go to Chaf-Pozi in Soweto or Mzoli’s in Cape Town. It’s an excellent way to get introduced to the vibrant South African culture. 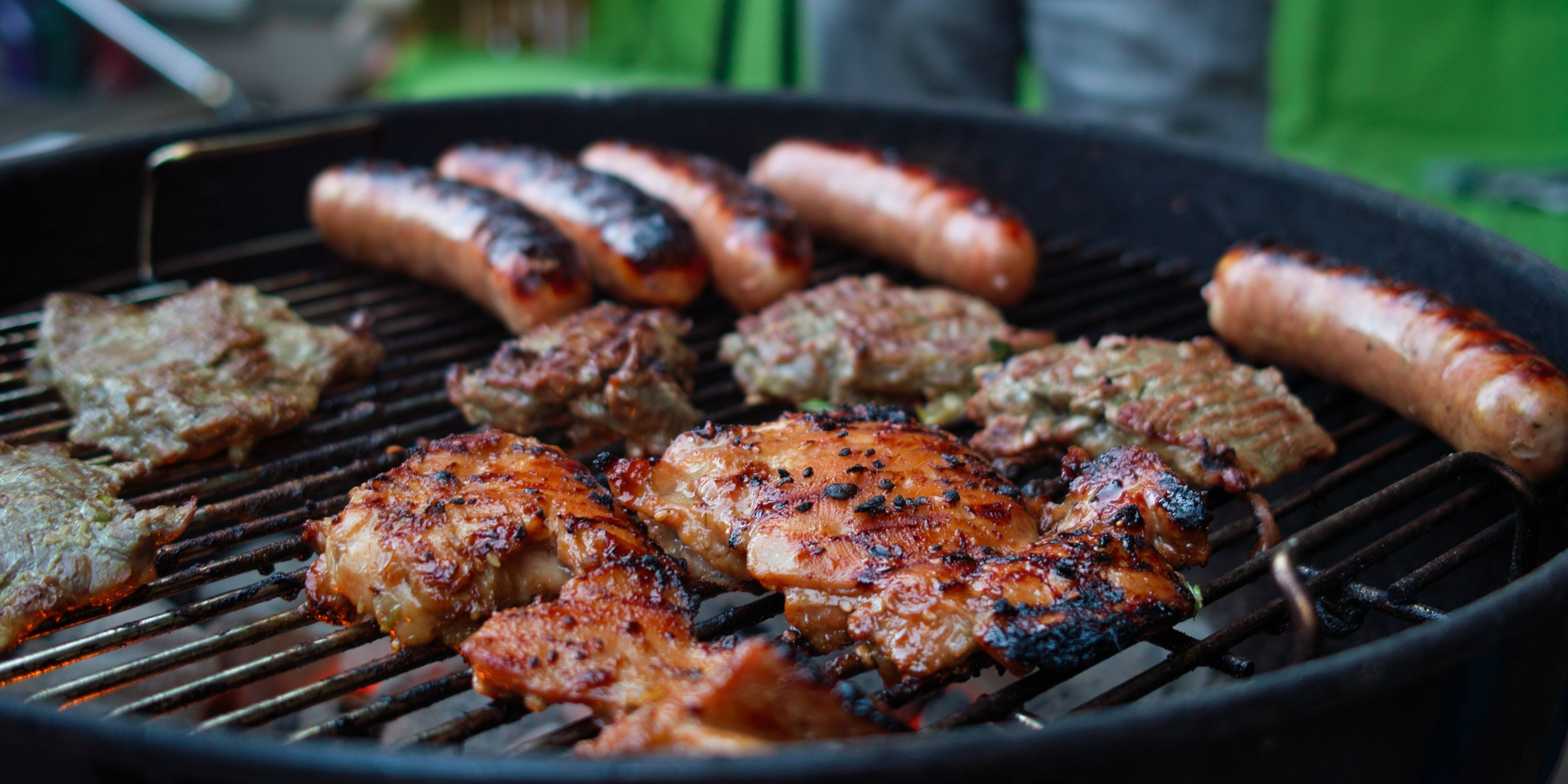 Durban might not be at the top of every person’s South African bucket list, but its food deserves a visit.

The crowning jewel of its culinary scene is bunny chow.

The dish was developed by the Durban community, which includes the largest population of persons of Indian ancestry outside of the Indian subcontinent.

The population arrived and settled on the shores of eastern South Africa as a result of work contacts arranged with local business owners. While these were essentially exploitative contacts, after they ended many of these laborers set up their own businesses in Durban and the Indian culture and community grew.

The bunny chow is a served as a traveling lunch for South African workers in years gone by, and has continued to grow in popularity around the country.

Bunny chow is made by hollowing out a loaf of bread and filling it with chicken, beef or bean curry.

It’s also traditionally eaten without any utensils. Instead of using a knife and fork, you’ll break off pieces of bread and use it to scoop mouthfuls of curry up and into your mouth.

The gatsby is a South African street food masterpiece.

It’s a foot-long sandwich filled with everything from fries, masala steak, egg, Russian sausage, and peri-peri.

The giant roll originated in the Cape Flats during the 1970s as an economical meal. Today, it’s enjoyed by South Africans from all walks of life.

Instead of grabbing a burger from Mcdonalds on your way home from volunteering, try a Gatsby.

You will have sauce running down your arms and hot chips oozing out of the sandwich – but that’s part of the fun that makes the gatsby such an iconic South African food.

South African food isn’t only comprised of delicious street food and braais. The country has a major sweet-tooth, and traditional desserts do not disappoint.

Milktart is a classic dish. It’s a kind of tart that consists of a pastry crust and a filling made from milk, sugar, flour, and eggs. The finished product is then dusted with cinnamon.

You’ll easily find milktart for sale in bakeries across the country, but if you can, try to get a South African to make it for you.

With family recipes going back hundreds of years, it’s a tasty slice of Afrikaans history and culture. 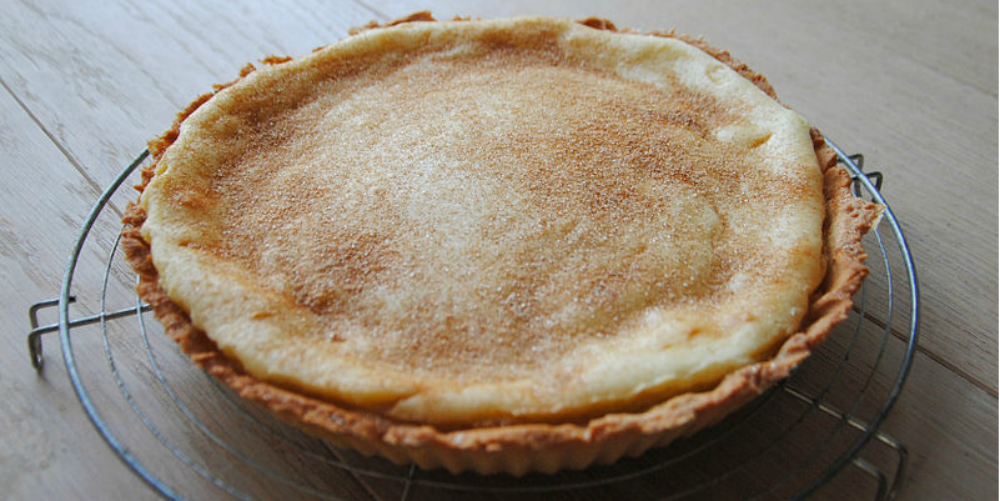 Boerewors is a traditional South African food. It’s a staple on breakfast tables, braais, and at every sports gathering.

It’s primarily made from beef that is mixed with pork or lamb. For a sausage to qualify as boerewors, it needs to contain at least 90% meat.

But boerewors gets its distinctive flavor from a combination of coriander, cloves, and nutmeg.

The best way to enjoy boerewors is on a giant soft roll. Choose from toppings such as fried onion and add your own preference of sauces.

Potjiekos is a South African cuisine that emerged during British colonial rule in the cape. Afrikaners, seeking land that was not ruled by the British, made their way inland. They needed to cook while on the move and the dish has survived over the centuries to become a national favorite.

Traditionally, potjiekos is cooked in a round, cast-iron pot over a fire. Ingredients include meat, potatoes and other vegetables simmered together to form a delicious stew.

If you want to cook a local South African dish for your fellow volunteers, potjiekos is the best option. The dish is simple, and it’s an easy way to prepare for large groups of people.

Chakalaka and pap are mainstays on dinner tables across the country.

Pap, which means porridge, is made from ground maize cooked with water. It’s usually served quite dry so you can roll it up and dip it into the chakalaka (a spicy, fruity salsa).

While it’s mainly a dish cooked in South African homes, there are a few places you can get it.

Nandos, a local fast food chain, serves a version of pap and chakalaka. If you want a more high-end foodie experience, head to Johannesburg. There are various restaurants like The Local Grill and Afro-Boer that put their own spin on this classic South African food. 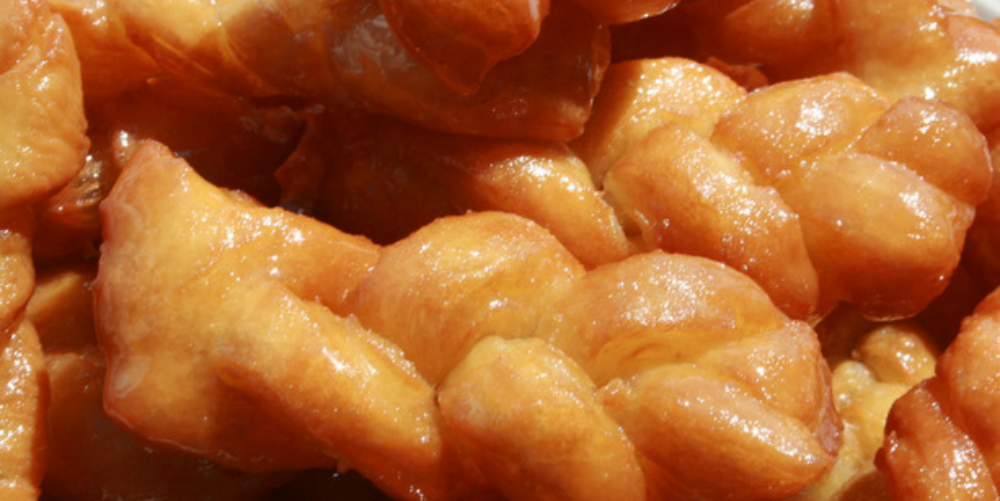 Another South African treat that’s worth every morsel is koeksisters.

It’s made by frying pieces of dough and dousing them in sugary syrup. The Afrikaans version of the koeksister includes braided dough, while the Cape Malay version is rolled into balls and spiced with coconut.

Both versions are equally irresistible, and a tasty way to end off a meal.

Want to explore South Africa’s culinary history while giving back? Sign up and work on one of our sustainable community development or wildlife conservation projects.