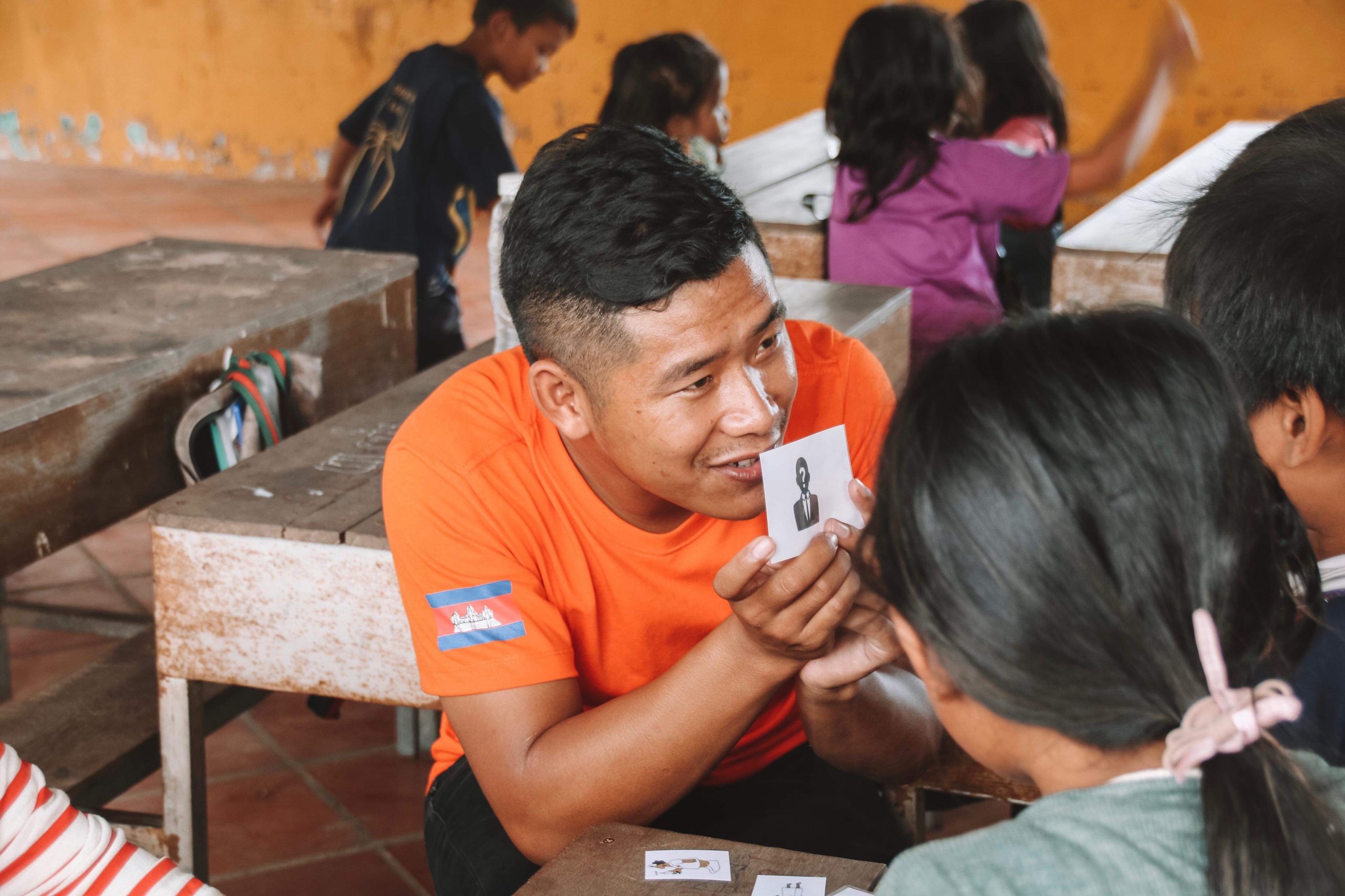 What is the significance and importance of local leadership in the field of international development? This is a huge question, one that many people have been studying for years. I do not want to appear to have the perfect answer. Nor do I have the authority to answer such a question on my own, but I’ve sat down with my coworkers to discuss the topic.  I also took on some information from the University of Queensland’s Leadership in Global Development course, and even took into consideration the concept of “lore” as discussed by Noam Chompsky in “Is the Man Who is Tall Happy?”

It seems as if there is a fairly logical answer to the question, which is that local leadership is vitally important to the quality and sustainability of any international development project. But why?

I believe we can get a better understanding by considering the following perspectives:

Although the solution appears logical, the truth is that implementation can sometimes be a struggle. When a program is run by an international organization, or run by an “outsider” perspective, trying to operate under the cultural and ecological norms of the local community can be hard to navigate. How do you find balance between the new, outsider information, technologies, and ideas that you’re bringing in and centuries of highly valuable local lore?

I certainly don’t claim to have all the answers, but I believe the first step in having an open mind and ensuring that you have local leaders and decision makers on your team. Keeping all of this in mind, we’ll start this month by discussing our first point. Over the next several weeks, I hope to give adequate review of these three points and would invite you to reflect with us.

When I talk about how important it is to have local voices in decision making and leadership positions, I would be remiss if I did not include those local voices. When interviewing our local staff, I wanted to determine first and foremost whether or not they felt that in their positions they had a voice in making decisions about our program’s operations and objectives.

In the beginning, due to cultural differences, one staff member didn’t feel confident speaking up. In Laos, there is a hierarchical structure that makes it very difficult for a person who is lower on the hierarchy to have their voice heard. He said for this reason, for the first couple of months, he was not comfortable speaking his opinions in group meetings or disagreeing with other staff members and management. However, once he realized that the team dynamic of the program was open to his opinion, and after several months when the staff had built a certain level of trust, he felt much more confident sharing his opinions during the decision making process. Once the trust had been established, he could explain to international staff members and volunteers when certain ideas just wouldn’t work or be accepted by the local community. He felt it wasn’t that these ideas were not good, but that they did not fit the culture, and therefore would not be accepted and/or effectively implemented.

Another local staff member felt that it took time for her to build confidence in sharing ideas and opinions, but that once she gained confidence and felt invited to share her opinions, her  knowledge of the local community was invaluable in helping GVI management make decisions about operations. She felt that when GVI international staff and volunteers were trying to establish workshops with the local students, they were often unable to sense whether or not the students would be interested in the subject, which directly impacted the effectiveness of the work. Students who were either disinterested or just not able to understand the concept were less likely to take away any valuable insight from the workshops.

I think two excellent points made during our interviews, were that time is required to build trust, and that a balance is required to move a project forward. When a short term program, “up to 6 months,” is working in field it might be reasonable to simply use a translator to help as needed. However, when looking at a long term sustainable program, a casual translator often does not have enough time to build relationships with the international staff. They know each other a bit, but they don’t have time to build a level of trust that is necessary to ensure a really effective program. A local staff member also talked about how that same trust was important for the local staff to build with local partners. How, when he started in his full time position, he would not speak up in meetings with local partners, but after several months he began to build a rapport. After a few years, if he was not present in a meeting at any level, the partners would always ask where he was. This kind of trust is so important in ensuring good relationships as well as sustainability in the short term.

In further discussions with our local staff we talked about our local staff’s role in seeking out and forging local partnerships. One area that I think anyone working in international development can admit to suffering, is finding partners with a shared vision. It so often happens that when building partnerships, you will come across people and organizations that merely see your free labor as an opportunity for their own advancement. It’s one of the less advertised struggles in international development, but it’s very real. One staff member made the argument that by having trusted local staff, whose intentions you know are good and share your vision, your organization will be better prepared to recognize partners who do not have the best intentions. Choosing the wrong partners can very easily undermine your entire operation. If you’re choosing partners that have a reputation for corruption, your program will be directly associated with that corruption. Another suggestion to prevent entering into long term binding contracts with partners that you may not know or trust, is to start with short term contracts. Make sure your contracts are 3-6 months and extend from there. This will give you room to cut the partnership if you find that the partner does not have the same goals and vision.

Without the intimate knowledge of the culture that only a local could really have, you run the risk of trying to implement projects that the local community just don’t accept, or breaking cultural norms in such a way that causes people to reject your ideas, or even align yourself with partners who undermine your overall vision and damage your relationships in the community. And for anyone who believes that they’ve been living in a country for long enough to know better, or that they have built strong enough relationships to be able to make these determinations without the consultation of a local expert, one of our local staff had some poignant advice: that even though as manager I myself have lived in Laos for over 3.5 years, and can communicate in Lao, there are nuances of the language and culture that I will never be able to intimately understand, and I will always be “other” in the community. And even if a foreign staff member has familiarity with locals, even to the point of being married to, or having strong relationships with the local community, consulting an outside local perspective will not have the same impact. You really need a local person who is both intimately familiar with the local people and culture, but also just as intimately familiar with the project and vision, otherwise you run the risk of trusting a local person who just doesn’t understand or possibly even doesn’t agree with your vision.