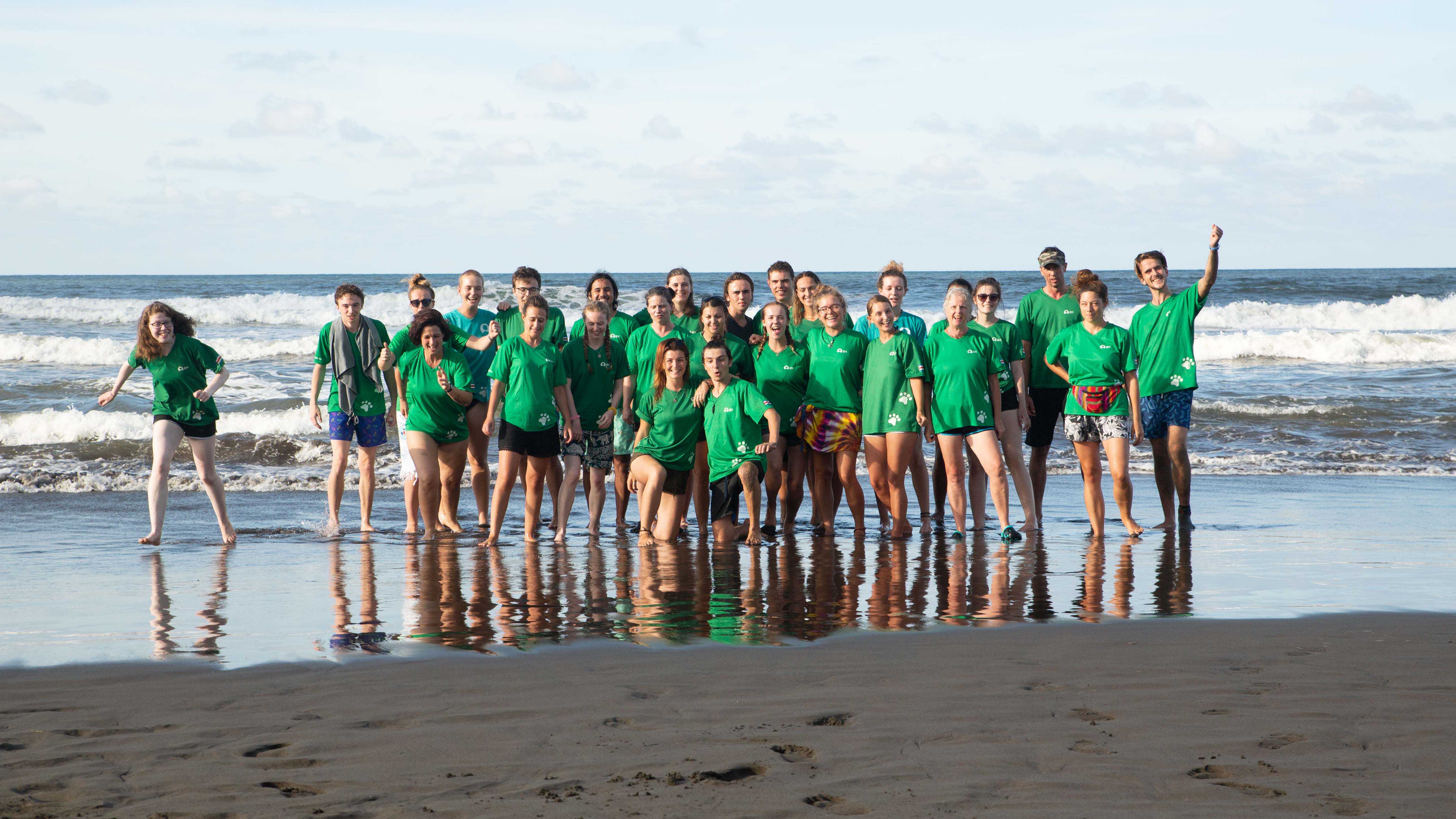 Welcome once again to the Jalova Blog, this time chronicling our adventures during June! June has historically always been one of my favourite months for many reasons and this includes things like the summer equinox and how it’s the time of year when it becomes more socially acceptable to sit in a field and drink cans of warm cider. Now I’m living in Jalova, many things have changed in my life but my enjoyment of June certainly hasn’t diminished, if anything it has grown exponentially!

June in the jungle is a time when all of the animals are very busy making nests in precarious places or crawling onto a midnight beach to face rosetted adversity. Essentially, it’s time for babies, which are like the adults but better. Just talking about base, many different species have turned up in tiny form. One such highlight was the Rufous-tailed Hummingbird and her tiny nest built in a very inconvenient place. This particular female decided that the best place for her nest was right above a very busy pathway through base, causing some traffic issues. Due to the fact that it was at head height and she sat in it every day we had to re-route that pathway by blocking it off with a big stick. This meant that all the field team had to travel through a bush just to get from one side of base to the other and this carried on for three whole weeks. The animosity only increased because rufous-tailed hummingbirds are known to be aggressive (albeit to other hummingbirds) and you would be surprised at the amount of anger that can fit inside such a small package! However, all of this was forgotten during the third week when the eggs hatched, and two tiny beaks started peeking out over the edge of the nest, cute enough to melt the coldest heart.

When people think about Tortuguero National Park (TNP) they often think of one thing; sea turtles. This is not surprising considering that our beach is the second biggest green turtle rookery in the world, and this month saw the first hatchlings! The Leatherback Turtles nests, which were laid earlier in the year, started to erupt this month and things got very exciting. These tiny versions of these archaic reptiles are incredibly precious as they stumble and scramble down the beach toward the sea, pushing on with all their miniature might. They normally emerge at night, but during Nest Check (a beach survey that goes out every morning at 6am) when small turtle tracks are seen, the nest is excavated. This is valuable data as we are able to know the success rates of these nests, and what sort of variables effect this success; including things like placement on the beach and percentage of eggs affected by bacteria. Often during excavations, some stragglers are found alive and they must be taken to the sea. You cannot just pick them up and launch them into the sea however, as baby turtles need to crawl along their beach of birth to properly imprint it in their mind so they are able to return here later in their lives to carry on the tradition. This means that you must let the baby crawl all the way to the sea which can be a particularly arduous task for someone so small, especially when the sun is baking down and making to sand hot to the touch. In such a case, a channel is dug to expose the cool sand and shade is provided for the turtle all the way to the sea. When the little stragglers finally make it to the sea, relief washes over everyone present like the waves wash over the turtle.

The next coming months are looking incredibly exciting in terms of turtles, as each day more and more mothers come up from their watery homes to this alien habitat in order to create the next generation in adorable form.  I look forward to telling you more about this when it happens!

Crabs. What are they like? While in some situations it may be bad news to tell someone that they have crabs everywhere, here in Jalova it is celebrated! Well, at least by me and I write these blogs so this is a thing now (also I mean like actual genuine crabs, like crustaceans. Get your mind out the gutter). This month, the crabs have been a bit more subdued compared to May but that was expected. Due to this I thought I would spin you the yarn of Tree Crab, a legend that inspires cultures all around the world to aim for the stars. Picture this, a night survey is slowly creeping through the swamps of South Boundary when, all of a sudden, the survey leader spies some movement in a tree about head-height. All eyes turn to look and lo and behold, sitting on a leaf about two meters off the forest floor is a bright red crab with blue claws. A thousand questions enter my mind: How did this crab get here? Why is he so high up? Why is an egg elliptical? What kind of species of crab is this? Why does he kind of look like the crabs from Christmas Island? While I wouldn’t put it past Tree Crab to be one of the crabs from Christmas Island, I do kind of doubt it due to it being thousands of miles away and there is an ocean in the way. However, this crab did inspire us all from his bravery and defiance in the face of so many head torches, he did not flinch. The inspiration did not stop there, as it was so high up this tree it must have been a mammoth task for this crab to undertake, so more praise should be given. From this night forward, many South Boundary night surveys have witnessed Tree Crab, thus a legend is born. 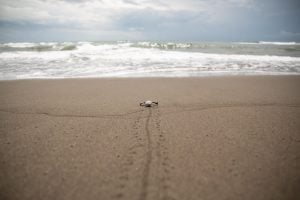 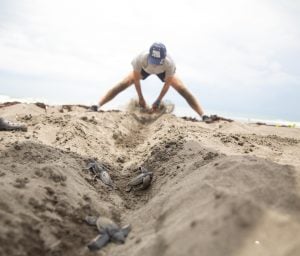 The sand was hot 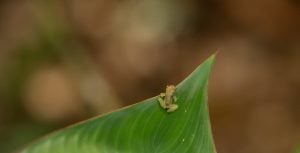 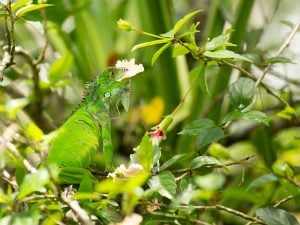