01727 250 250   Apply Now
Announcement
TRAVEL UPDATE: We're open! Where can I go? and answers to your questions about COVID-19
Petrina
Darrah
Petrina Darrah is a travel writer from New Zealand with a passion for responsible travel and gender equality. She has worked in France, Colombia, the Philippines, and Tanzania, and has travelled to about 50 countries in between.
Diving Marine Conservation
0 Likes
Share
Facebook
LinkedIn
Twitter

Animal conservation projects with a difference: Why we need to protect coral reefs 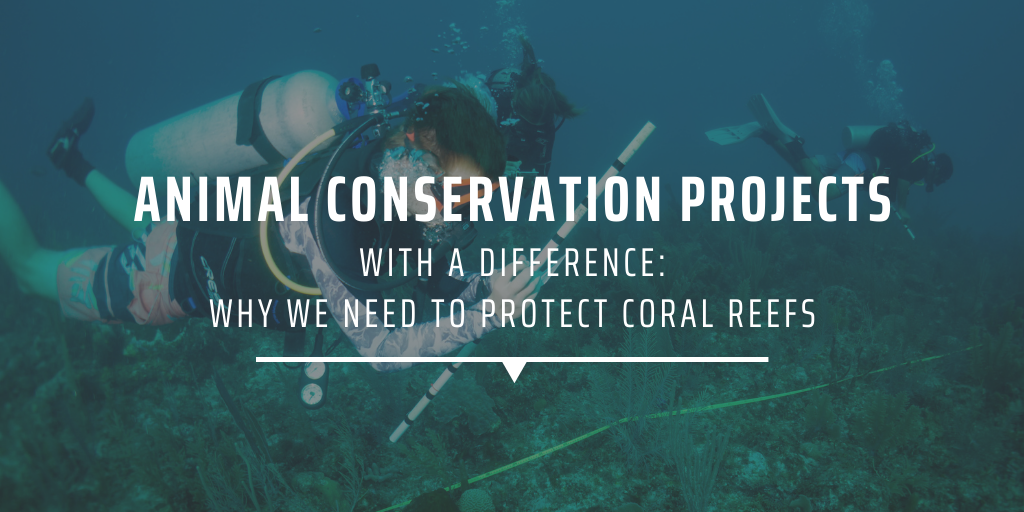 When you think of animal conservation projects, coral reef protection probably isn’t the first thing to spring to mind. However, conserving reefs means protecting marine animals both great and small. Here’s why you should consider a volunteer program focused on corals.

Coral reefs are the largest biological structures on Earth.

They are also some of the most biodiverse ecosystems on the planet.  Protecting beautiful and delicate reefs is pivotal to marine conservation as a whole.

Fascinatingly, giant reefs are in fact made up of tiny animals.

For this reason, if you’re interested in animal conservation projects abroad, consider taking part in volunteering programs that protect corals. 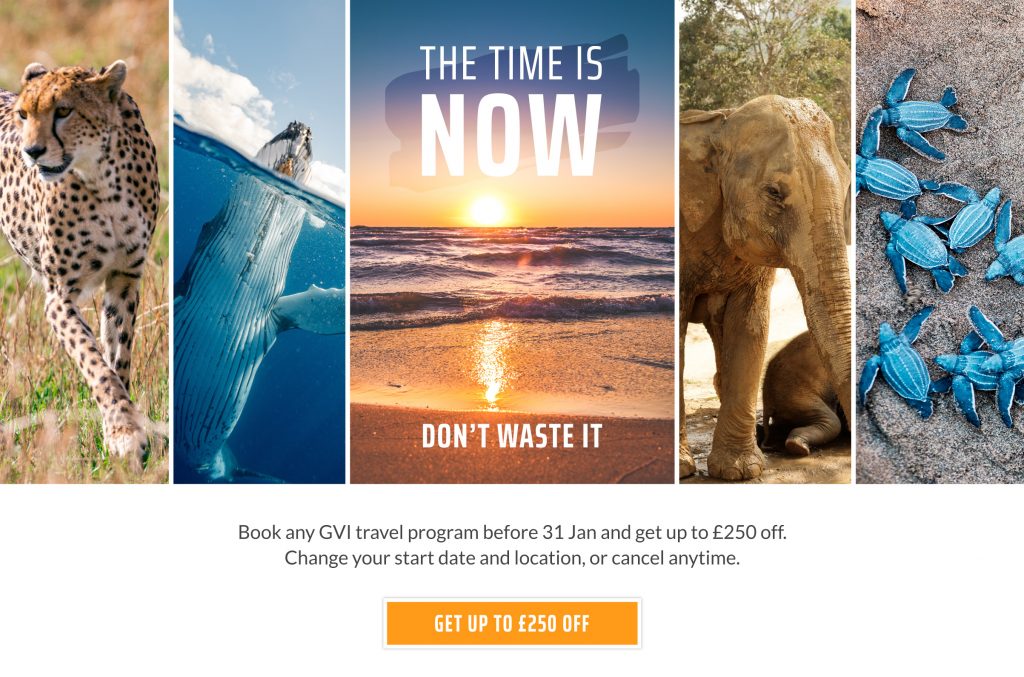 Did you know that coral reefs are actually animals?

Corals look more like plants than animals. Yet entire reefs are alive, made up of minuscule animals called polyps.

Polyps are invertebrates, relatives of anemones and jellyfish. On average, they measure from one to three millimetres in diameter. With soft, saclike bodies, their main features are their mouths, which are circled by tentacles.

To protect themselves, they secrete calcium carbonate to form a hard skeleton. Over time, compact colonies of polyps can build massive reef systems. 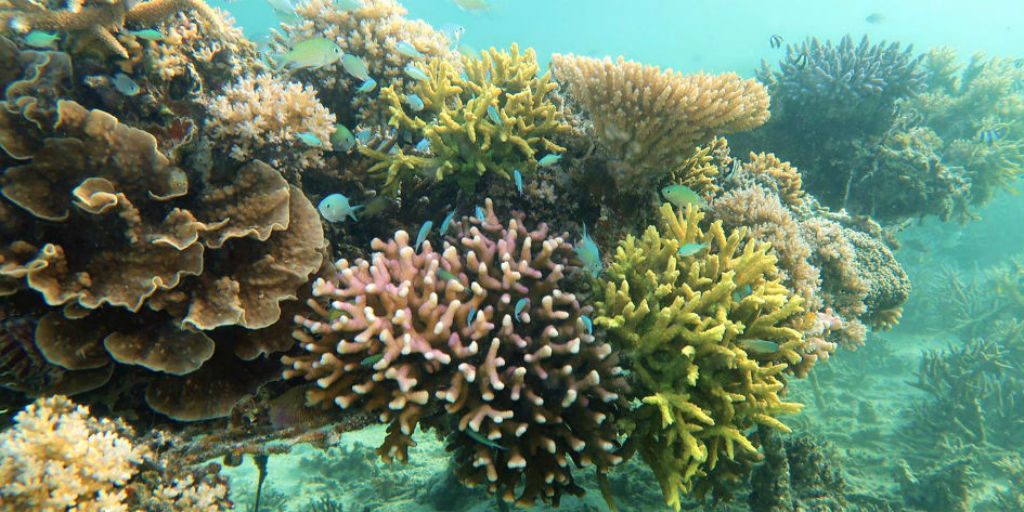 Most reef-building corals live in a symbiotic relationship with algae. The corals provide shelter and in return, the algae provide nutrients and oxygen. In fact, it’s the algae living in the corals’ structures that give reefs their bright colour.

And protecting corals is a unique form of animal conservation that can have a huge impact on the lives of other species. Let’s find out how.

Corals support the life of one-quarter of ocean species 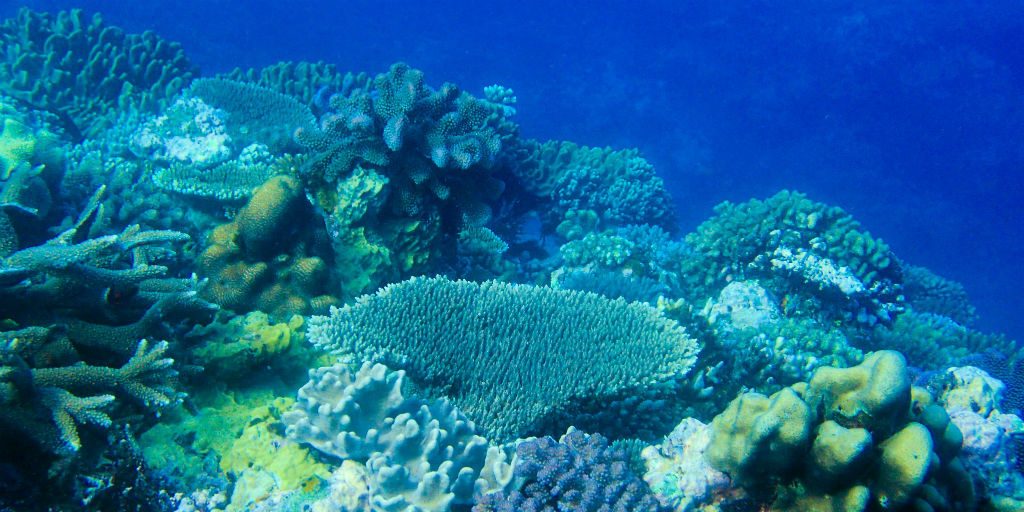 Coral reefs are the most diverse marine ecosystems. Think of them as the rainforests of the ocean.

As much as one-quarter of all marine species could depend on reefs for their survival, according to Smithsonian Ocean.

As well as providing nurseries for fish, reefs provide shelter to marine species from hurricanes, waves and typhoons.

This means that protecting corals is essential for marine wildlife conservation.

In addition to having a positive impact on other marine species, coral reef conservation is vital for human populations. An estimated one billion people rely on coral reefs for food from fishing and income, according to WWF.

Yet corals and all of the life that depend on them are under threat from a phenomenon known as bleaching.

What is coral reef bleaching? 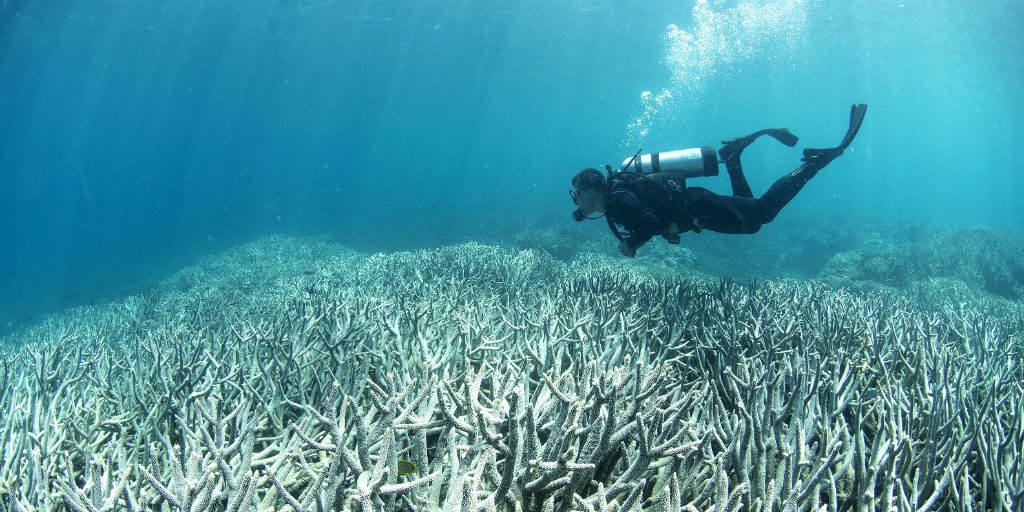 Original photo:  “Coral bleaching at Heron Island Feb 2016” by Stop Adani is licensed under CC BY 2.0

When corals are stressed by changes in ocean temperature, they eject the algae living symbiotically on their structures. This causes them to turn white.

Without the algae, corals lose their main source of food and are left vulnerable to disease. If the cause of the stress is prolonged, and the corals remain without algae over a length of time, they eventually die.

Mass bleaching events are a serious danger to corals, with half of the world’s corals having been wiped out in the last 30 years.

In one mass bleaching event alone, which lasted from 2014 to 2017, 70% of all corals were affected, according to an article in Scientific American.

Coral reefs could all be gone within the next 30 years unless climate change is brought under control, National Geographic reports.

As well as killing the corals currently living in a reef, bleaching prevents the reproduction necessary for the recovery of corals.

For example, the number of new corals on the Great Barrier Reef fell by 89% in the wake of the mass bleaching events in 2016 and 2017, according to a study published in Nature.

How do coral reefs recover from bleaching? 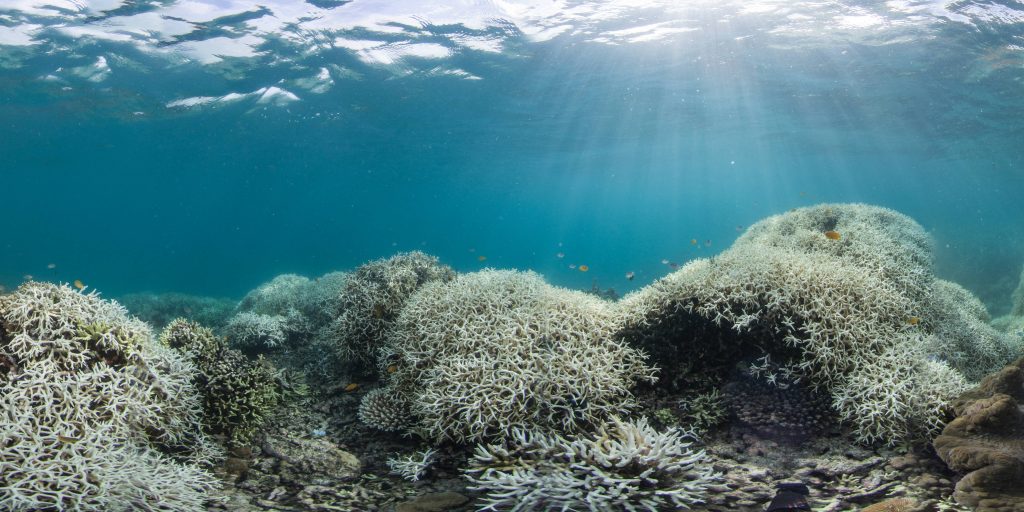 Original photo:  “Coral bleaching at Lizard Island March 2016” by Stop Adani is licensed under CC BY 2.0

The positive news is that it is possible for corals to recover from bleaching.

Recovery involves directly addressing climate change. If increased ocean temperatures only last for a short duration, corals can regrow their resident algae within a few months.

Plus, if bleaching events are localised, healthy corals can also help to repopulate the area.

It typically takes around a decade for reefs to fully recover from bleaching events.

While that’s already great news, it gets better. You can take an active role in helping them to recover.

How can you help to conserve corals? 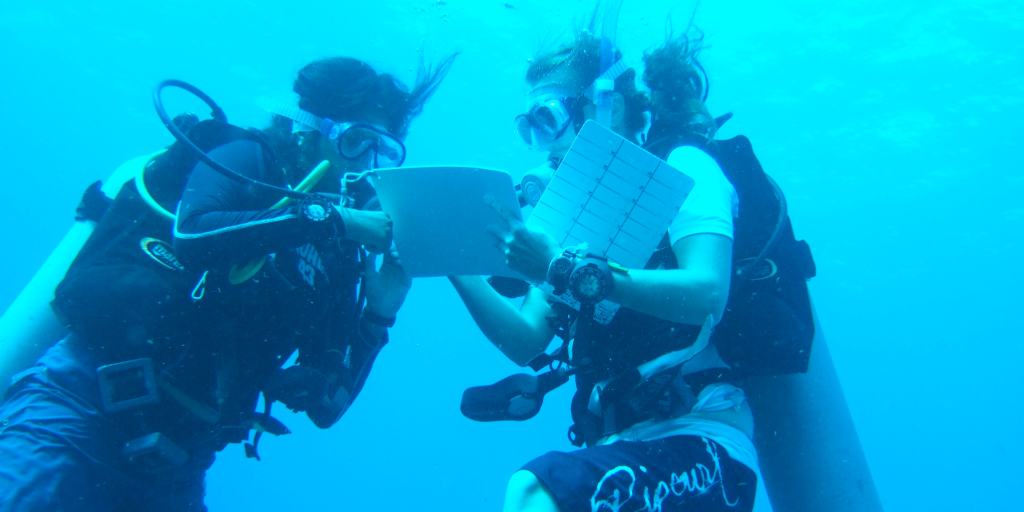 As a coral reef conservation volunteer, you can help to protect coral reefs around the Indian Ocean islands of Seychelles.

You will also be involved in a range of activities that address the United Nations Sustainable Development Goal 14, Life Below Water. These could include carrying out beach cleanups, surveying marine debris, and facilitating environmental education sessions with the local community.

You can expect to take part in one or two dives or snorkels per day during weekdays, depending on the weather. So as an added bonus on this animal conservation program, you will be trained on diving practices and gain PADI certifications, including the GVI-specific PADI Coral Reef Research Speciality certificates.

Join one of GVI’s sustainable animal conservation programs. Become a volunteer and start making an impact in the world today.