Travel to Varanasi to fall for adventure and tradition 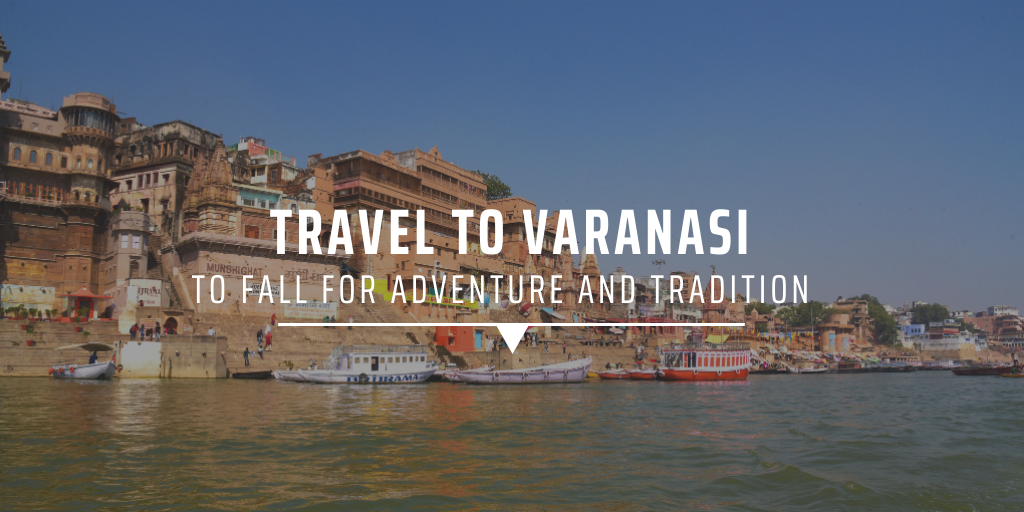 Original image: Ghats of Varanasi  by Varanasi Videos is licenced under CC BY-SA 2.0

Travel to Varanasi and find out how, in just an hour long walk, you can get to know the oldest continuously-inhabited city in India, have a sensory experience, and see how seemingly mundane activities can turn into great adventures.

While in India, I visited the world-famous Taj Mahal in Agra, got to live the experience of eating Indian street food and fell for the tumultuous and endearing Delhi. Still, a simple, hour-long stroll in Varanasi became the most memorable part of my travels.

“Follow me,” said our guide Amin with a knowing smile on his face. “Stay close by and look up, look down or sideways. But always, always, have your eyes open.”

Something about this statement seemed comedic, but as soon as we ducked into the alleyway, all of our eyes were wide open, and not one of us was laughing. 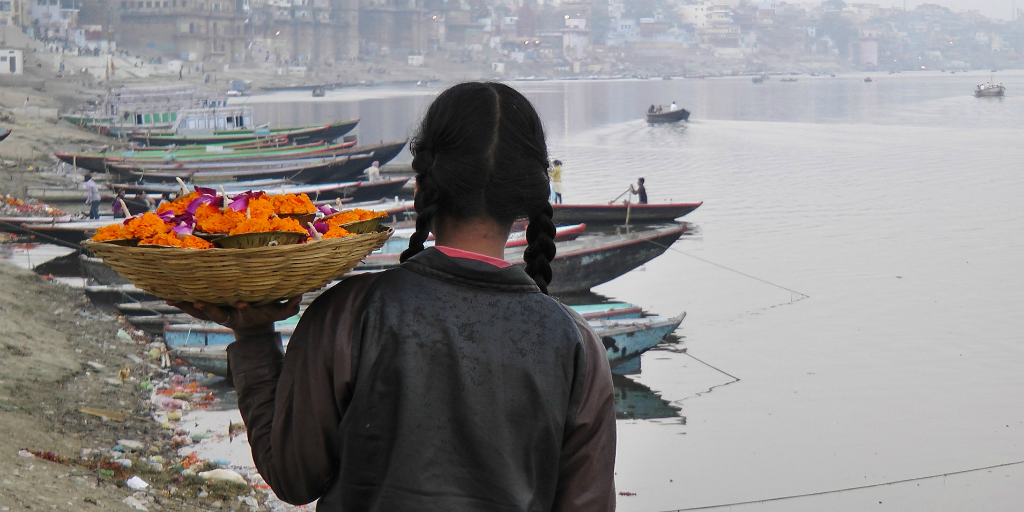 Varanasi is the oldest continuously-inhabited city in India and is most famous for being a city of pilgrimage and worship. Hundreds of people of the Hindu faith enter the city of Varanasi every day to bathe in the holy Ganges river and wash away their sins.

If people feel like they don’t have a lot of time left on this earth, many seek Varanasi for their passing, and with that, the promise of salvation. But even when ill, we don’t know when we might depart from this life. Days of waiting could turn into decades.

There is a Hindu belief that the holier a place to die in, the more likely it is to break the cycle of rebirths. Within that logic, there is no better place to pass than in Varanasi. The ashes that are laid at the Ganges are headed to heaven and escaping the likelihood of rebirth.

Fire surrounds the river and family members gather to witness their loved one’s cremation. While some stay close to the pyre, others observe from afar. For those that are in close proximity to the ritual, crying is discouraged. It’s believed that crying could ruin the chances of breaking the cycle of rebirth. Those that stand at the edge of the Ganges river must celebrate a life instead of mourn a death. 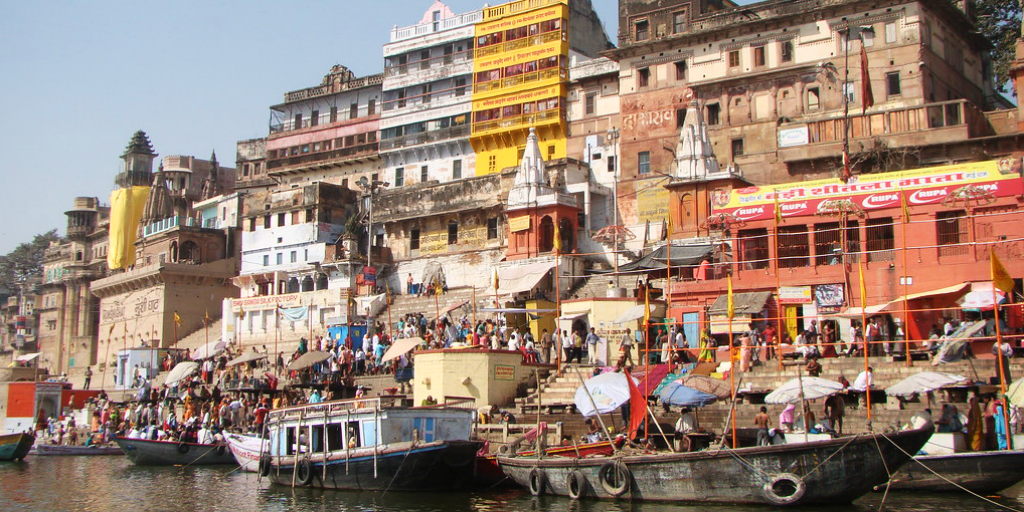 Original image: Varanasi on the Ghats by VasenkaPhotography  licenced under CC BY-SA 2.0

Out of all the places to see in Varanasi, the ghats might be the best-known. The ghats are the stairways that lead to the Ganges river. These stairs double as a place for bathing and cremation.

At the ghats, the fires from the Aarthi ritual also illuminate the city. The ritual takes place at sunset, while lamps float down the river as the chants echo in the ghats. There is something almost magical about how alive the city feels.

Visiting the ghats is one of the most interesting cultural experiences I’ve ever had. Still, our most shocking moment came a few hours later. 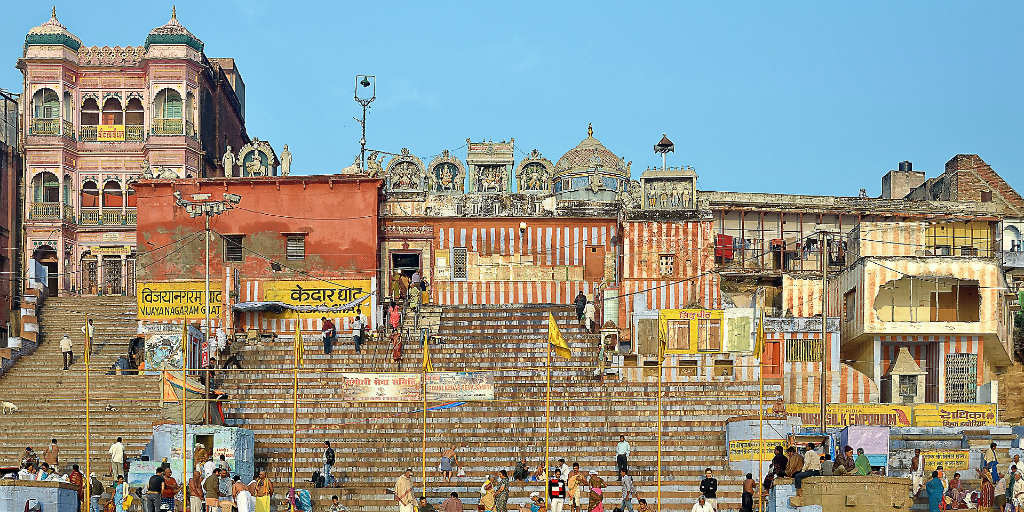 To visiting eyes like mine, Varanasi seems like a city full of contradictions. People live and die, mourn and worship, cry and rejoice.

You might think that being a holy city would make Varanasi a quiet place. Nothing could be further from the truth. Varanasi, like the living, is a city that doesn’t rest. In Varanasi, five in the morning is just as noisy as noon.

As Amin issues his warning, we enter the alleyways within Varanasi. The noise immediately intensifies. Motorbikes honk as people yell and talk over one another. I’m fighting the urge to scream, or laugh, or both. Something in me wants to contribute to the noise.

The alleys in Varanasi are a little more than a metre wide. Bordering the alley there’s not a single wasted space. It is also a market, full of small stores that sell a wide array of products. The little shops selling street food and typical Indian spices add to the sensory experience. 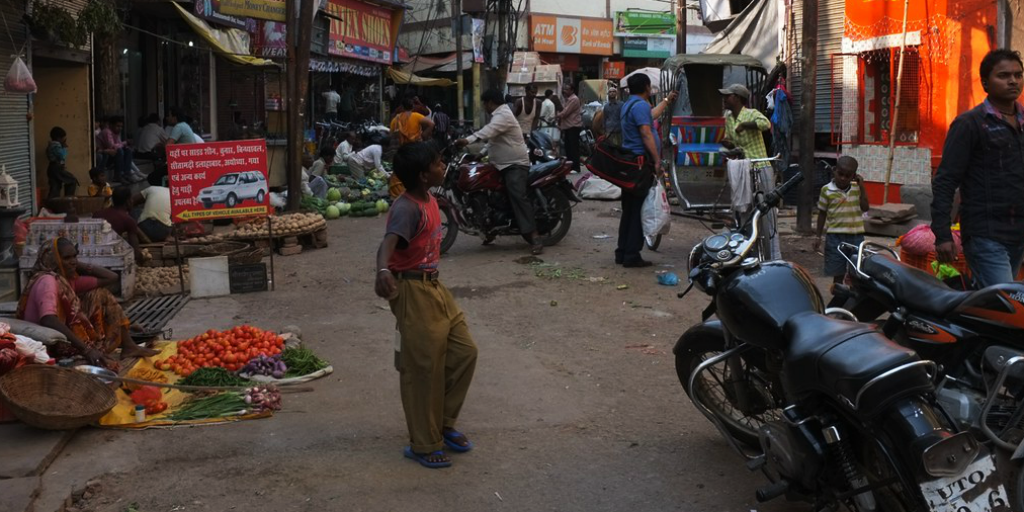 “Watch your feet!”, says Amin, and suddenly I’m aware that this alleyway is not only for motorbikes and people, but cows as well. The cow is considered holy in India, so these beautiful, massive animals walk through the city like people. The floor, in consequence, is plastered in cow poop.

My dad is cracking up while talking about how badly he wants to make it to the other side with clean shoes. Above, monkeys hop from roof to roof, their legs only a few feet above our heads. We are ducking now.

Motorbikes serpent through the alleyways and cling to their horns while we jump around trying to evade them. Our walking starts to look like unintentional and ungraceful dancing.

Amin is trying to show us certain stores and continues telling us about the holy Ganges and the ancient Varanasi. We are not listening. Walking in these alleyways seems like survival.

When, about an hour later, we’ve made it out of the alleys and into the streets, we turn our soles over as laughter fills the space where panic used to be.

“Who would’ve known this walking tour in Varanasi would turn out to be the most adrenaline-packed part of this whole trip,” says Amin. Clearly he knows how special these sixty minutes are. And how unbelievably exciting. 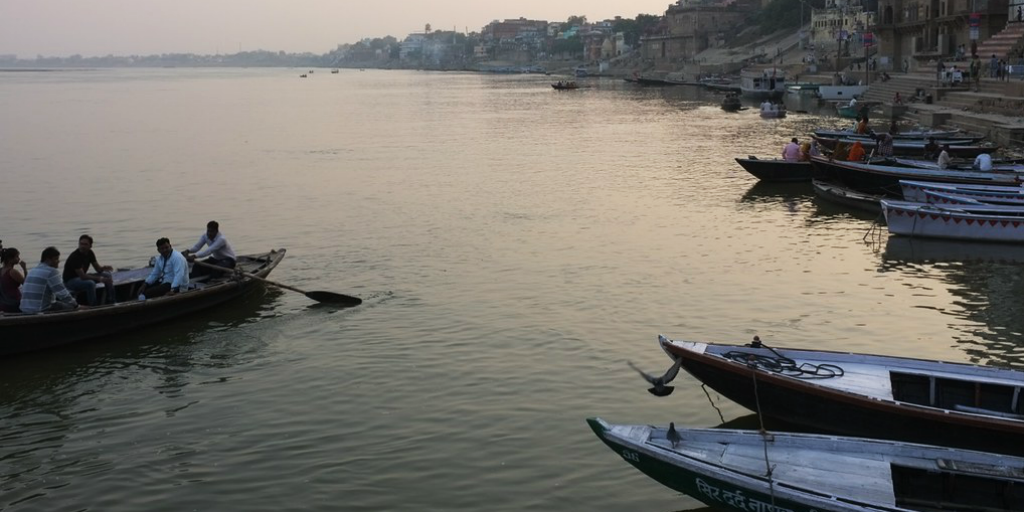 Before beginning our trip to Varanasi, I never would’ve known this city would turn out to be the most captivating for me. It brought me closer to the religion and culture that inspired the iconic places, and more importantly, the people that built them.

If I could go back to India tomorrow, out of all the places I’d travel to, Varanasi would be at the top of my list. Maybe the Ganges does have powers, after all.

If you are volunteering in India, make sure to go out of your way to embark on a trip to Varanasi. It’s a six-hour plane ride from Kochi, where the GVI base is located. You won’t regret it!

Daniela Boullosa is an intern at the GVI Writing Academy. The Writing Academy is a skills-development program that pairs developmental editors with budding travel writers. Learn more about the program here.

What it’s like to volunteer internationally, from international volunteers
Read More
Seven ways to get involved in marine conservation
Read More
What are the best ecotourism destinations?
Read More
Apply Now
Enquire Now
Call Back Request