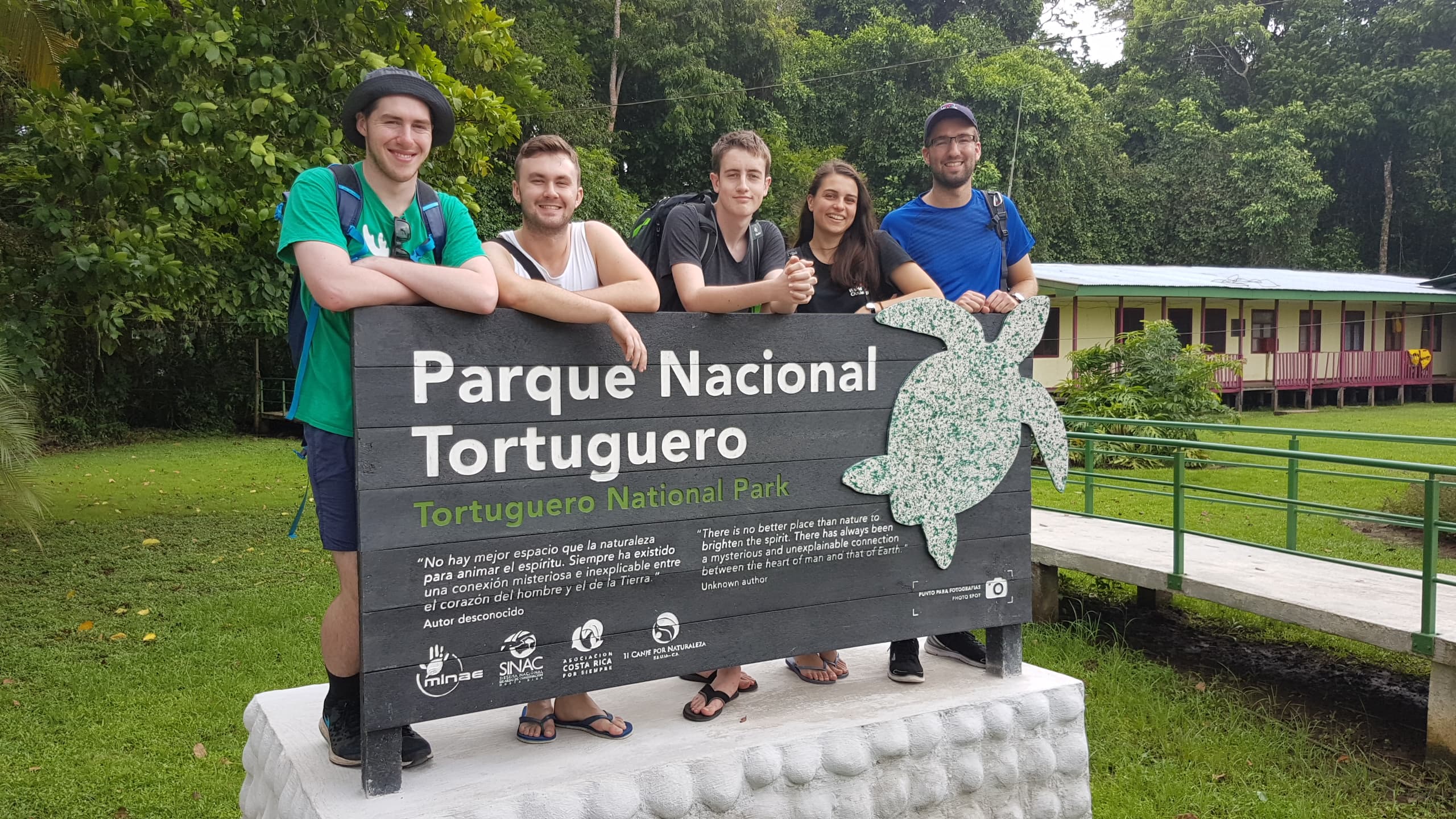 My name is Simon Benstead, I am now a Project Management Office (PMO) analyst for a consultant company called FDM. Currently I am contracted to HSBC in London as a PMO analyst for Global Data Services. I am originally from Newport, South Wales and I studied Mathematics at Swansea University. Back in November 2016, I embarked on my GVI conservation trip to Costa Rica. The programme I took part in was the Jaguar conservation project in Jalova/Tortugureo National Park. After university I wanted to take a break and experience other cultures around the world, although mainly I just wanted an adventure for myself after the hard work of a mathematics degree, so I searched online for chances to volunteer in remote locations and came across the opportunity to join GVI. After a phone call with the GVI support team I decided to apply for a place on the Jaguar conservation project. Upon becoming a volunteer, it was a great privilege to be able to offer a good cause a helping hand. Whilst being exposed to new climates along with a change in life style, you have to adapt whilst being a volunteer which is extremely rewarding. Obviously having to pitch in with the various janitorial jobs and waking up at the break of dawn is hard to get used to, but it makes it easier knowing that the other volunteers that surround you are in the same boat. The Jalova camp provided a lot to do; for the first three days we went through our initial training which consisted of first aid/Jungle safety and identification tests for Mammals, Amphibians, Reptiles and Birds. The Bird identification test was the most crucial as we needed to recognise bird songs on our canoe surveys. While we were studying for the test, we also got ourselves settled into the jobs that where required around the camp which included washing, cooking and cleaning the toilets, to name but a few. The first survey took place at the beach, where we walked up a part of a 14 mile stretch of coast recording the wildlife we observed. We were very lucky as we bumped into an “eruption” of baby green turtles which, to this day is one of the most magical sights I have ever seen and guarded them as they shuffled towards the sea. As part of the Jaguar programme I also had to learn to identify the jaguars that we captured on the camera traps. The main aspect of the programme was to keep and maintain the camera traps, which involved walking along the jungle paths and cleaning, replacing and resetting the traps. Once done we took the SD cards back to camp to analyse the footage to check to see if we’d been lucky enough to capture footage of the jaguars. The camp leaders were extremely friendly and supportive throughout the whole trip. This was especially true when we had to evacuate the camp and leave for San Jose half way through my time there. The evacuation was due to an incoming hurricane off the coast central America and I can’t thank the camp leaders enough for getting us out of the Camp safely. Upon completion of the project, I learned how much appreciation I have for wildlife, and it also gave me a lot of confidence when I returned home to start my job hunt, that being the confidence to go out into the world and start my career. I have no doubt that GVI helped me to get my current job as it is one of the best conversation starters, but it also developed my analytical skills and refined the patience required when completing competing tasks. All in all I had an amazing time; I met lifelong friends, saw and experienced things that I will forever treasure and gained a newfound love for our amazing planet.