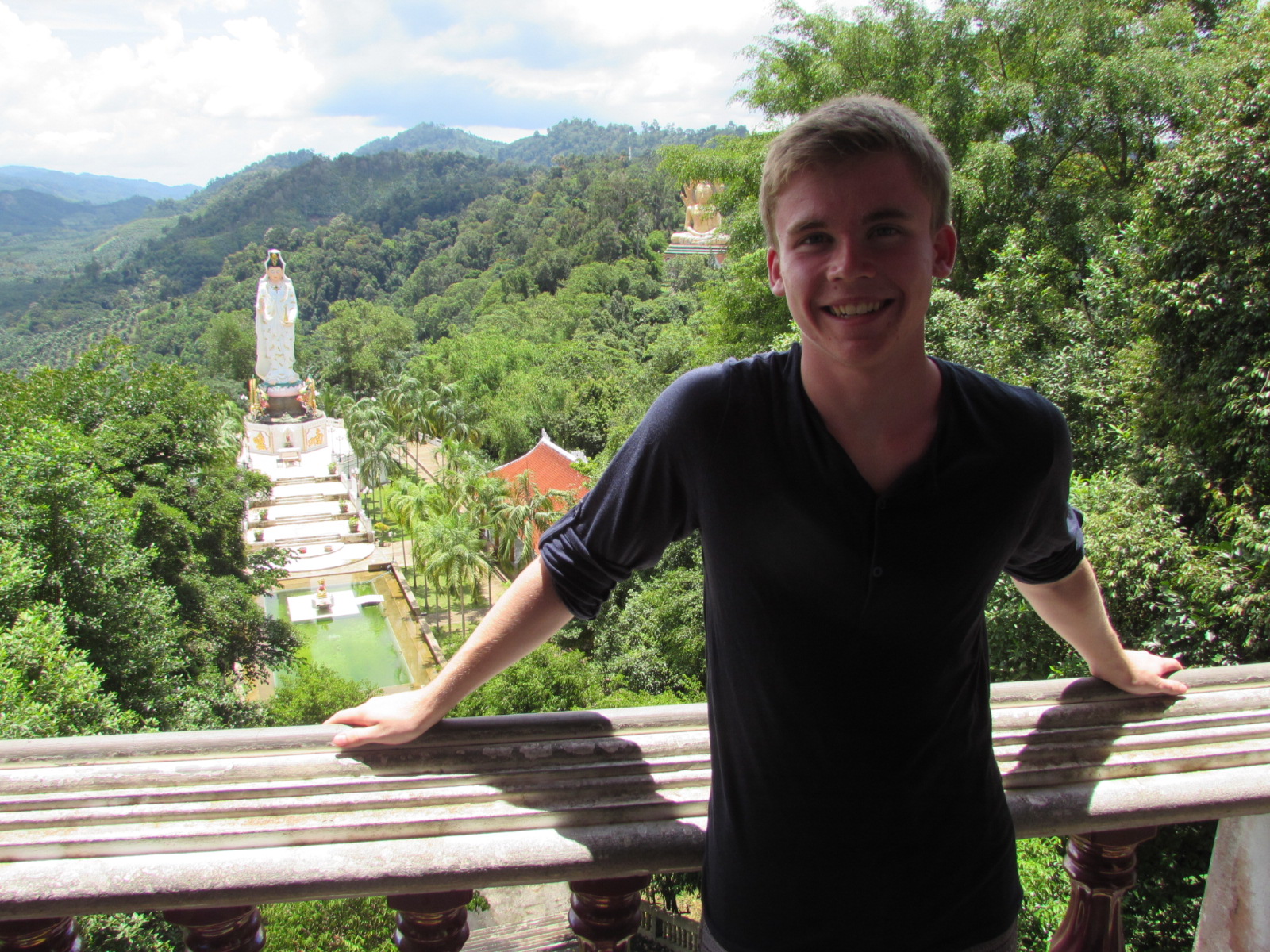 I always had the intention, after completing my GCSE examinations, to go abroad and do some voluntary work with a charitable organization such as Global Vision International. One afternoon, I simply typed ‘under 18s voluntary work abroad’ into an online search engine and GVI was one of the first web pages to appear. I began looking through the range of projects offered to under 18 year olds and the program in Thailand instantly attracted me. I requested a call from a GVI member to discuss the project in more depth and within days I had signed up, ready to get involved. The voluntary work we undertook on our project involved painting the classrooms and bathroom of a local Non formal Education Centre. I would wake up at approximately 7:45 in the morning, have some breakfast and board the transport outside our accommodation. Work at project site usually began at around 8:30 in the morning and finished just before lunch. After lunch, we would do an afternoon activity. This ranged from swimming in Tonprai waterfall in the middle of a rain-forest, learning how to cook a Thai dish of your choice to spending a couple of hours playing with children at the orphanage or Camillian Social Centre. I had such an amazing time working with GVI, it’s rather difficult to pick out the best moments as I adored every second! Despite that however, I would say spending time with the local children at both the orphanage and Camillian Social center, cleaning 2 week old baby turtles at the Sea turtle conservation center and learning how to cook an authentic Thai green curry were moments I will cherish for as long as I live. Although it sounds very philosophical, the most interesting discovery for me was in myself. I discovered that I was able to get out of my comfort-zone and challenge myself to be more independent and to do more interesting activities. The work itself was a challenge at times and was difficult due to the warm climate that we were working in. When I were furiously sandpapering the walls, or washing the ceiling with an extendable mop, I began to heavily swelter. Our group took regular breaks so it was not that bad. The GVI staff that I met and the volunteers I worked alongside were incredible individuals and if it was not for them, the project would not have been as enjoyable. I was profoundly uplifted and inspired by the people I crossed paths with whilst on the project, my fellow volunteers in particular. It was the fact that I was with young people like myself that had travelled from all over the world to a small, rural village in Thailand to make a difference to the local community; that was amazing. I accomplished many things during the project which I’m proud of. I’m proud that I managed to travelled to Phuket International Airport from my house independently without my mum holding my hand; I’m proud that my group and I managed to make a difference in the community by giving up our time, either spending time playing or painting; I’m proud that I learnt how to canoe, snorkel, cook and speak basic Thai; I’m proud that I managed to learn how important volunteering is and pleased that I have been inspired to do more charitable work in the future. Before volunteering for GVI I was a student, studying for my GCSEs. Ever since I returned from Thailand, I have been saying the same thing to friends, family and even people within my local community; ‘you should definitely get involved with a GVI project. It’s an once-in-a-lifetime opportunity and what you get out of it is really amazing.’ For me personally, a change I would like to see is that volunteers spend more time at the orphanage and Camillian social center than painting. Those two places were incredible and while spending time with the incredible people there, I learn an awful lot and was deeply inspired; less painting, more playing!