01727 250 250   Apply Now
Announcement
TRAVEL UPDATE: We're open! Where can I go?
Tasneem
Johnson-Dollie
Tasneem Johnson-Dollie is a travel writer living in South Africa. She has experience in public health nutrition and worked as a dietician before launching her writing career. She loves bringing her passion for public health and sustainable development to every article she writes. Her travels around South Africa as well as to India, Australia, and Saudi Arabia have fueled her passion for exploration.
Cusco Travel Volunteering
0 Likes
Share
Facebook
LinkedIn
Twitter

What languages do people in Peru speak? 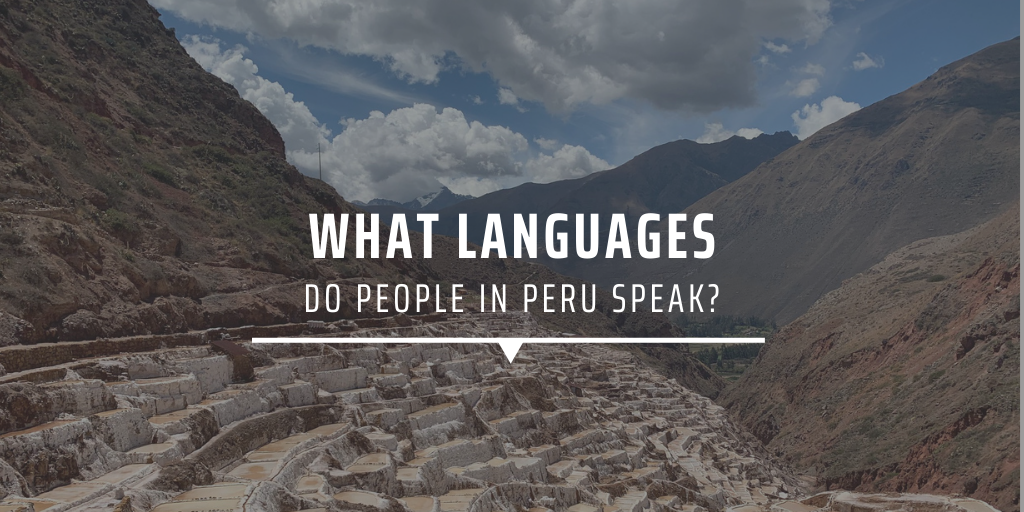 If you’re looking to learn more about Peru’s history and culture, then finding the answer to the question, “What languages do people speak in Peru?” is a good place to start. Let’s find out why.

The languages spoken in Peru are a reflection of how physical borders and historical events have shaped Peruvian society.

Let’s take a look at how location and language go hand-in-hand in Peru. 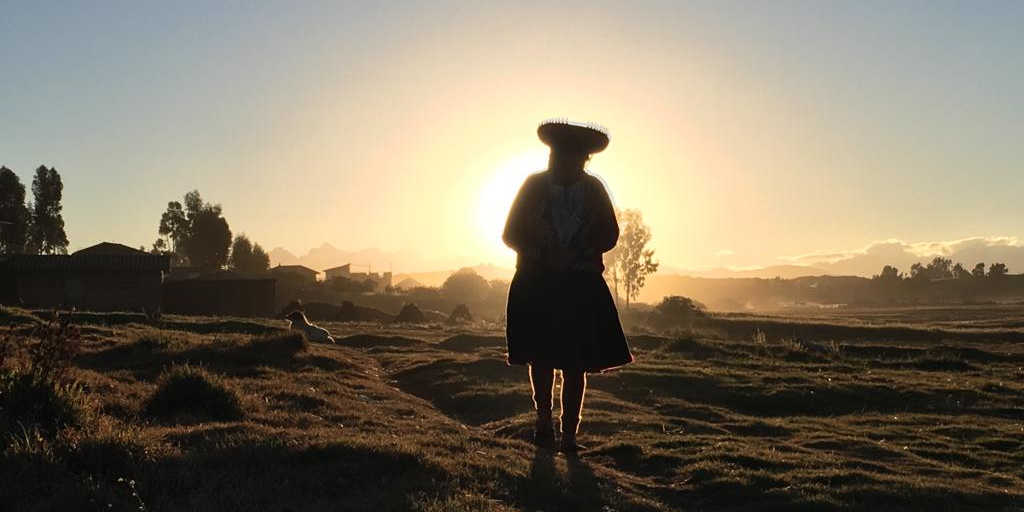 What the terrain has to do with language in Peru

Peru is a South American country that stretches across 1,285 million square kilometres, with a coastline that looks out over the warm waters of the Pacific Ocean.

Its sparsely populated borders rub up against Ecuador, Colombia, Brazil and Bolivia. Peru is also home to part of the Andes mountain range and the Amazon Rainforest.

With access to the sea, views of some of the most beautiful mountain slopes, and even the world’s largest tropical rainforest, this type of terrain can get anyone excited about travelling to Peru.

Further reading: 12 awesome things to do in Peru

But, this layout also made it easier for whole communities in Peru to stay isolated for many centuries.

Even today, mountain communities living in the Andes live off of the land. And they survive the cold winters on the slopes by making use of the alpaca wool they farm for a living.

And, after calling it home for centuries, Peruvians living in the Amazon Rainforest are able to coexist with wild animals and see to their everyday needs in the heart of the lush forest terrain.

These communities and others like them, saw little reason to venture beyond their neighbourhoods for survival. And so, they developed into isolated groups with distinct social characteristics.

For example, the Andes-based people of Cusco wear the types of clothing that represent their Incan heritage. They also speak Quechua – the most commonly spoken indigenous language of Peru. 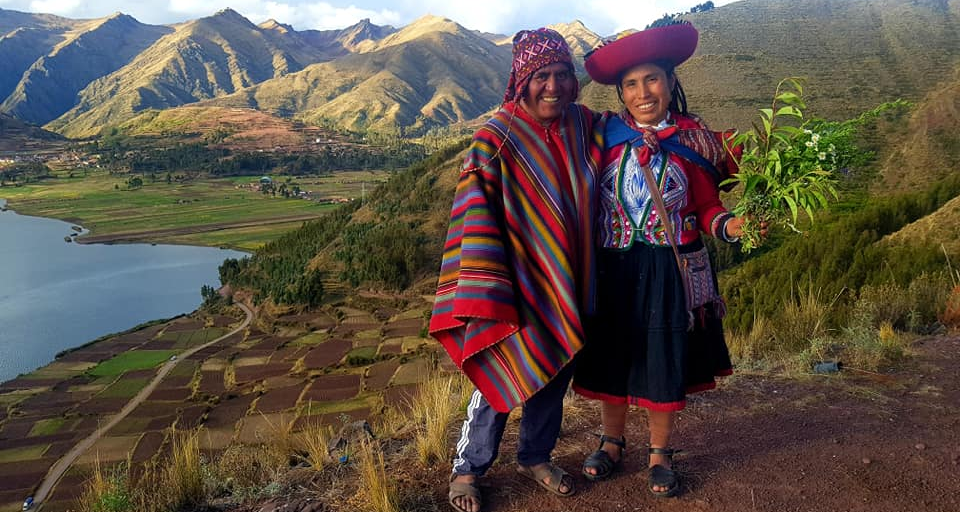 Further reading: Going straight to the heart: Learn a new language when you volunteer abroad

Quechua is a language of Peru that originated with the Incan empire and is one of the Peruvian languages that spread across the country before the Spanish colonised Peru in 1532.

But, other secluded communities also developed their own types of Peruvian languages. So, Quechua wasn’t the only native language spoken in Peru before the fifteen hundreds.

Here’s a list of some of the other native Peruvian languages that are still spoken today.

What languages do people in Peru still speak today?

1. Quechua and Aymara spoken in Taquile

If you’re travelling to Peru to see Lake Titicaca, you can stay in Taquile and catch a view of the water from your bedroom window!

This island can be spotted poking out from the surface of the lake and is located along the southernmost stretch of the Andes mountain range.

Because of its position, the people who called Taquile home in the past would have lived in close proximity to the Inca Empire. So it’s no surprise that Quechua is one of the most commonly spoken Peruvian languages here.

But, there’s another language of Peru that you may hear the local people chatting in – Aymara.

Aymara is a language spoken in Peru by people who live around Lake Titicaca, as well as those who settled along the Peru–Bolivia border. So this Peruvian language gives us a good sense of how some languages are still restricted to certain areas today. 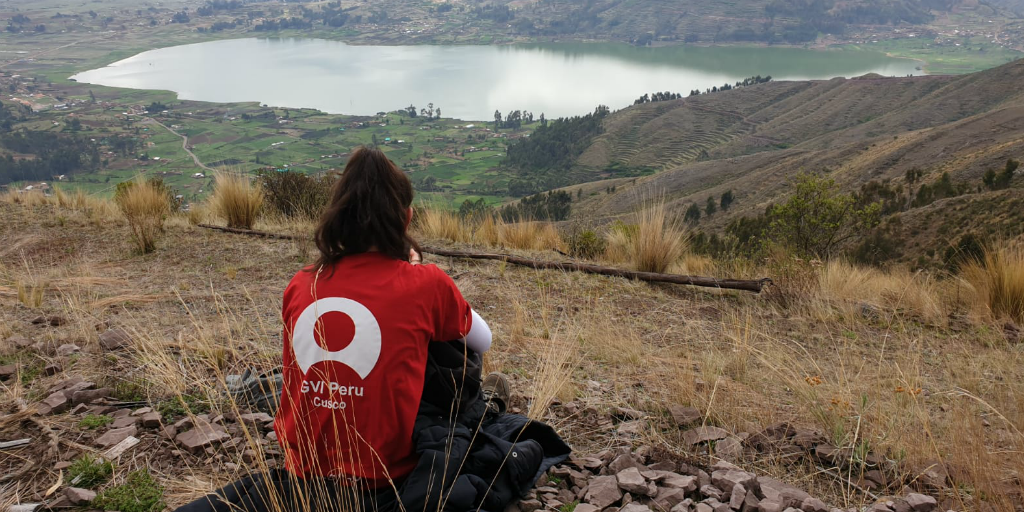 2. Jaqaru in the Tupe District

While variations of Quechua and Aymara are still commonly heard while travelling in Peru, languages like Jaqaru are at risk of extinction.

When travelling in Peru, Jaqaru is a language you’ll hear spoken in the inland regions. It’s the language of the inhabitants of the Tupe District.

Those who speak this native language of Peru are said to be descendants of the Wari people – a civilisation that was around even before the Incas.

3. Languages of Peru spoken in the Loreto region

The Loreto region is home to part of the Amazon forest. The Amazon is a place of diversity, with tons of different species of plants and animals calling this forest home.

And there are lots of different Peruvian languages spoken here too.

Urarina is what’s considered an “isolated” language of Peru, because it has no relation to any other language in the world today.

If you travel to Peruvian communities set along the Pucayacu, Chambira and Urituyacu rivers, you’ll hear this language spoken by local people. Today around 3,000 people speak Urarina.

Iquitos is another river community that you can travel to if you want to stay alongside the well-known Amazon River. The Peruvian language that stemmed from this city goes by a similar name – Iquito.

The city of Iquitos was a booming trade port during the nineteenth century. But by the early nineteen hundreds, trade had slowed and the city was all but empty. 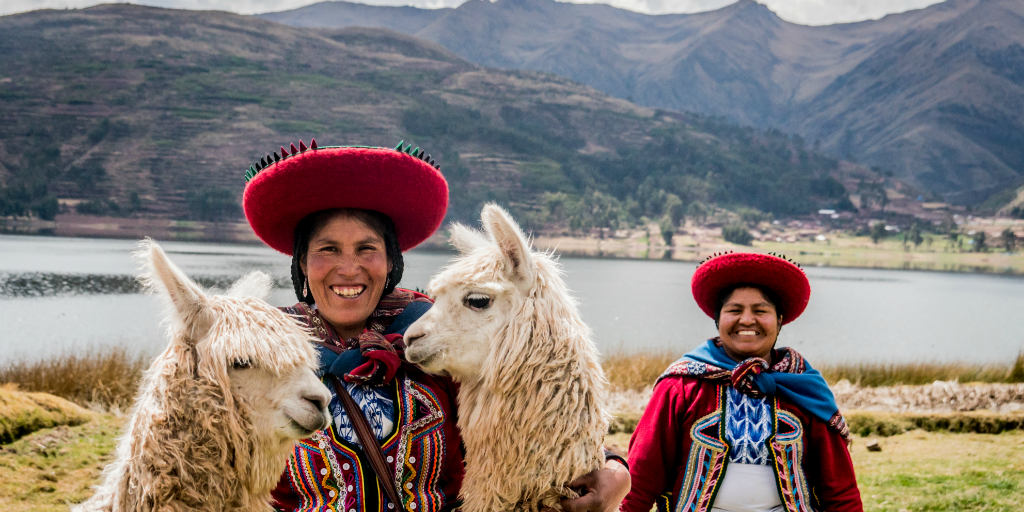 Because most of the inhabitants migrated from Iquitos, many of them are thought to have adopted other native languages in Peru as their first language.

So, Iquito became one of the least spoken languages of Peru and you probably won’t hear it very often while travelling in Peru.

Now, you may be wondering which one of these is Peru’s official language?

Well, the answer is, none of them.

In fact, the official language of Peru was only brought over during the fifteen hundreds.

What is the national language in Peru?

Spanish is the official language of Peru.

It was introduced by Spanish colonisers during the colonisation of the Incas in 1532. Spain took over the governance of the country and ruled Peru for almost 300 years.

And, because of this, the Spanish language spread across the country, and became a second language to many Peruvian communities.

And since so many of Peru’s communities lived in isolation, there wasn’t one native language that could be spoken, from Taquile to Iquitos.

So, Spanish became the most used means of communication for those travelling in Peru.

After Peru gained its independence in 1821, Spanish had already been in use for hundreds of years, and it remained Peru’s official language.

How to learn more about the languages of Peru

We’ve scratched the surface of how history and terrain led to the languages spoken in Peru today. But there’s so much more to learn!

Travelling in Peru and getting involved in language-immersion programs is one way that you can get to know even more about Peru’s history and cultures. 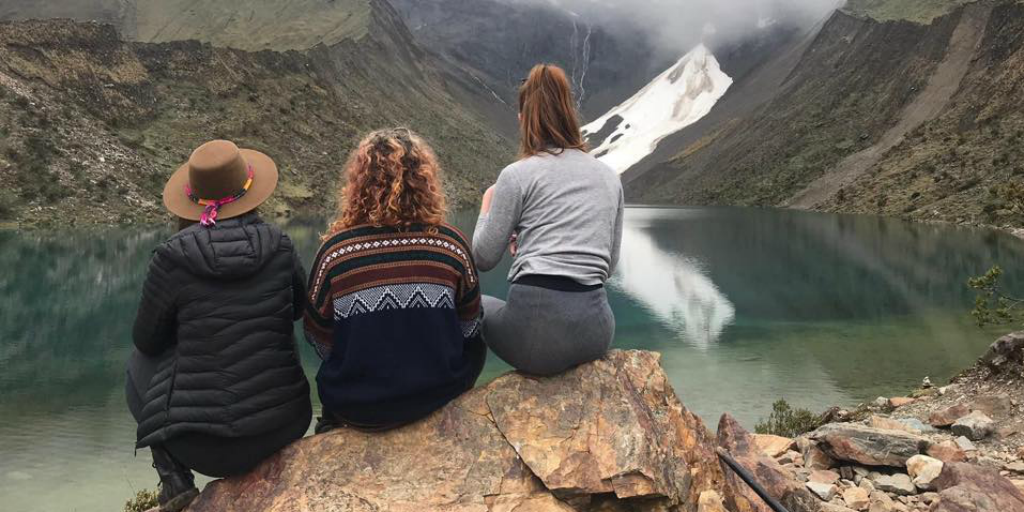 But, beyond just satisfying your curiosity, taking part in a language-immersion program can be one of the easiest ways to learn Peru’s official language – Spanish.

Travel to Peru and contribute towards volunteer projects in Cusco. Here, you’ll get to experience language immersion by being surrounded by people who speak the official language of Peru every day.

This will make it easier to gain insight into Peruvian culture and achieve your language-learning goals since you’ll be working closely with local people.

Participating in a language-immersion volunteer opportunity in Peru can also deepen your travel experience and make for a more meaningful trip abroad.

Find out more about GVI’s award-winning language-immersion programs in Peru, travel abroad, and see how you can find even more answers to the question, “What languages do people in Peru speak?”