This week we are sharing with you the first blog in our series about some of the important landmarks and cultural sites that you can visit if you visit Ghana with GVI, and the brief history behind these important monuments. One of the most popular and well known sites of interest is Cape Coast Castle; a must see for all who visit Ghana and an incredibly moving monument to the international slave trade.

Previously the capital city of Ghana, the traditional Asante name for Cape Coast was Oguaa but it wasn’t until 1471 when Portuguese explorers sailed there that the name Cabo Corso (Cape Coast) was born. In 1555, the Portuguese established Cape Coast as a trading post, and in 1653 the castle was fortified, and the location became one of the most important trading posts in West Africa. 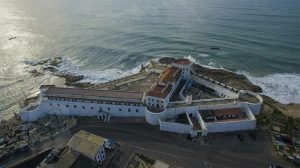 In 1667, the British seized control of the fort and remained in power there until 1957 when Ghana gained its independence. The British rebuilt the castle throughout the 18th century, including three dark, damp and horrific dungeons used to hold the slaves that were to be transported to the US and Europe on merchant ships, with many men, women and children leaving through ‘The Door of no Return’, never to set foot in their native Africa again. Hundreds of thousands of people died or were sold as slaves through Cape Coast Castle, providing it with the macabre title as one of the most prolific slave sites in the world. 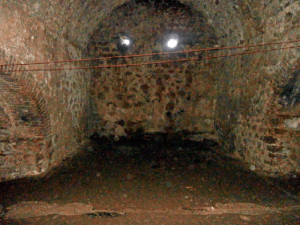 If you visit Cape Coast, you will be able to complete a professional guided tour of the castle, and stand in the slave dungeons imagining the awful conditions and severe human suffering. The experience is over powering, and was described by Michelle Obama as the most moving experience of her life. Exploring these periods in history is key to understanding the colonial legacy in Africa and ensuring racism and human trafficking will not be repeated in future. For those volunteering and working in Ghana, understanding the past is fundamental in helping to build a moreprosperous future.