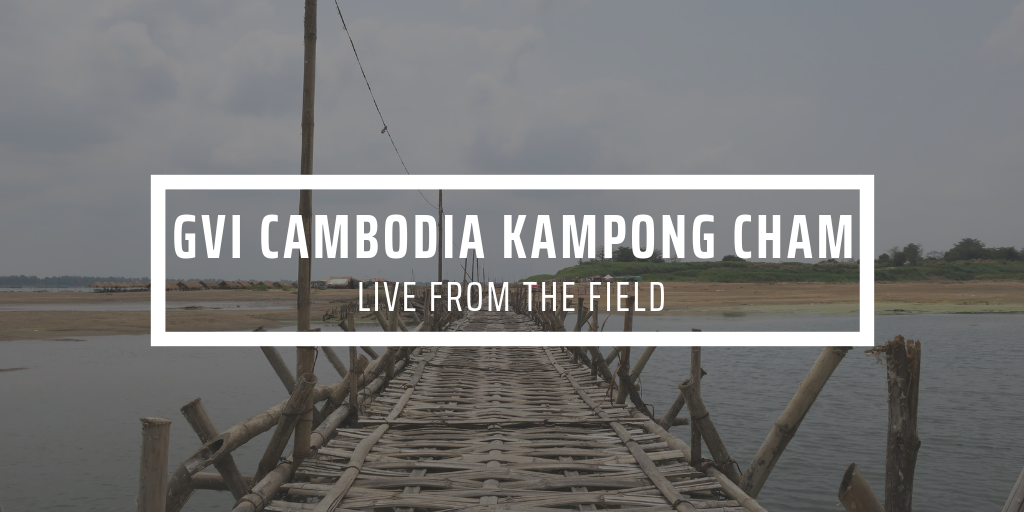 A celebration of freedom

Although at this time of year, you will see Christmas trees with presents wrapped underneath across Cambodia, Christmas isn’t celebrated in the same way as it would be in the west. Cambodia is predominantly Buddhist, over 95% in fact so the light up snowmen and reindeers are more for embracing the festive cheer and tourism, and have no religious connotations. You will even see huge firework displays to mark the ‘western’ Gregorian calendar new year on December 31st here, even though Cambodians celebrate Chaul Chnam Thmey or Khmer new year in April. However, one event during this period is distinctly Cambodian and although it is a day for national celebration, it is also a day of reflection.

Victory Day, or Thngay Pram-Pi Mak-Ka-Ra is celebrated on the the 7th of January. The day commemorates the Vietnamese assault on the country in 1979 which brought an end to the Khmer Rouge regime in Cambodia. From 1975 to 1979 Under the Khmer Rouge Cambodia suffered from one of the most brutal regimes in modern history. Around 2 million people (20% of the population) died by arbitrary execution, starvation, untreated illnesses and exhaustion from overwork in labour camps. The entire country was plunged into an extremist regime which still affects the country to this day. Victory day is therefore the day in which Cambodians come together to celebrate what the end of the regime meant for Cambodia and its people: freedom and liberty. 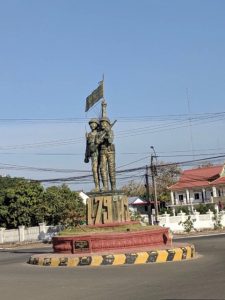 Throughout the 1960s, the Khmer Rouge operated as the armed wing of the Communist Party of Kampuchea. However, after a 1970 military coup led to the ouster of Cambodia’s ruling monarch, Prince Norodom Sihanouk, the Khmer Rouge decided to combine forces with the deposed leader, forming a political coalition. As the monarch had been popular among city-dwelling Cambodians, the Khmer Rouge began to glean more and more support.

A civil war raged for 5 years between the right-leaning military, which had led the coup, and those supporting the alliance of Prince Norodom and the Khmer Rouge raged in Cambodia. Eventually, the Khmer Rouge side seized the advantage in the conflict, eventually leading to the invasion of Phnom Penh and therefore winning the civil war. This meant they had full control over the country. The new ruling party chose not to restore power to Prince Norodom, but instead handed the power to the leader of the Khmer Rouge, Pol Pot.

The Khmer Rouge began by naming 1975 ‘Year Zero’, and by embarking on an extreme country wide reorganisation ‘strategy’. They believed that Cambodia or Kampuchea (1975-79) should be returned to the alleged ‘golden age’ when the land was cultivated by peasants and the country would be ruled for and by the poorest amongst society. Therefore the Khmer Rouge began the moving huge amounts of people from urban cities to the countryside, usually into work or labour camps to put the wheels in motion in this new order of society. Anyone deemed educated or against the regime were targeted with usually brutal consequences.

The Khmer Rouge broke peoples ties to religion and family in order to force loyalty to the state, and the state alone. All political and civil rights were abolished. Formal education ceased and from January 1977, all children from the age of eight were separated from their parents and placed in labour camps, which taught them that the state was their ‘true’ parents. For the Khmer Rouge, children were central to the revolution as they believed they could be easily moulded, conditioned and indoctrinated. They could be taught to obey orders, become soldiers and kill enemies. Children were taught to believe that anyone not conforming to the Khmer laws were corrupt enemies.

Aside from the agricultural work, all other services and industries were shut down. Factories, hospitals, schools and universities were closed and lawyers, doctors, teachers, engineers and qualified professionals in all fields were thought to be a threat to the new regime. Money was abolished to be replaced by agricultural subsistence farming, religion of all kinds was banned and all aspects of life were subject to regulation. Marriage by choice was forbidden and even clothing was not a choice to be make by an individual. Music and radio were banned alongside any western deemed influence.

The Vietnamese Army invaded Cambodia in 1979 and removed Pol Pot and the Khmer Rouge from power. After the invasion, Pol Pot and his Khmer Rouge fighters quickly retreated to remote areas of the country. Over the decades since the fall of the Khmer Rouge, Cambodia has gradually reestablished ties with the world community, although the country still faces problems, including widespread poverty and illiteracy. Prince Norodom returned to govern Cambodia in 1993, although he now rules under a constitutional monarchy. Pol Pot himself lived in the rural northeast of the country until 1997, when he was tried by the Khmer Rouge for his crimes against the state. He died one year later on house arrest in his rural home. 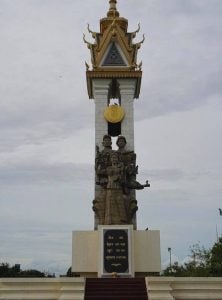 Unfortunately Cambodia was initially not recognised internationally as The People’s Republic Of Kampuchea (PRK) , therefore did not receive international assistance for its redevelopment. Notably, China and the US opposition to the recognition of PRK meant that the United Nations relief and rehabilitions agencies were not allowed within Cambodia. Internally, Cambodias infrastructure was broken, with no police, schools, hospitals or universities running, battle scars haunted the country side and the Khmer Rougue communes collapsed. This led to high poverty and starvation. To compound this, the hundreds of thousands of people displaced began to wander the country to reunite with friends and relatives. Thousands more headed back to the cities they had been moved from to try and reestablish their former lives. In short, the effects of the Khmer Rougue did not end in 1979 and Cambodia as a whole is still rebuilding.

The good news is, the future is bright for Cambodia! With every Victory Day celebration, Cambodia is another step further in its development. As we noted in our last blog, Cambodia has become a global leader in reducing poverty after an impressive two decades of growth. Cambodia’s development progress can also be measured by its improvements under the Millennium Development Goals (MDGs) and current Sustainable Development Goals (SDGs). This is especially notable with educational improvements, with primary school attendance rates at 97.8 per cent (in school year 2017/18), while enrolment in early childhood education (ECE) has more than doubled since 2007. This is great news for us as it means a lot more children for us to teach! 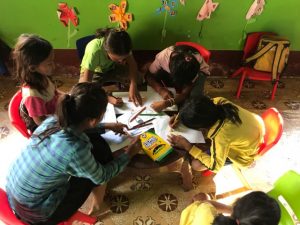 Cambodia does still have a long way to go, and it is only through the continued achievements of its people and a helping hand from NGOs and organisations such as GVI that we can help it on its way. It is testament to the citizens of Cambodia that they are such a friendly, warm hearted and welcoming people and it is a pleasure to work here. Here at GVI we would like wish a happy Victory Day to all of our Cambodians partners and friends and we look forward to a brighter future working together.