01727 250 250   Apply Now
Announcement
TRAVEL UPDATE: We're open! Where can I go?
Zaytoen
Domingo
Zaytoen Domingo is a content writer and editor based in Cape Town, South Africa. She is currently enrolled in the Masters program in English at the University of the Western Cape. After graduating with an Honours Degree in English and Creative Writing, Zaytoen completed a skills-development program for writers and became an alum of the GVI Writing Academy.
Jalova
0 Likes
Share
Facebook
LinkedIn
Twitter 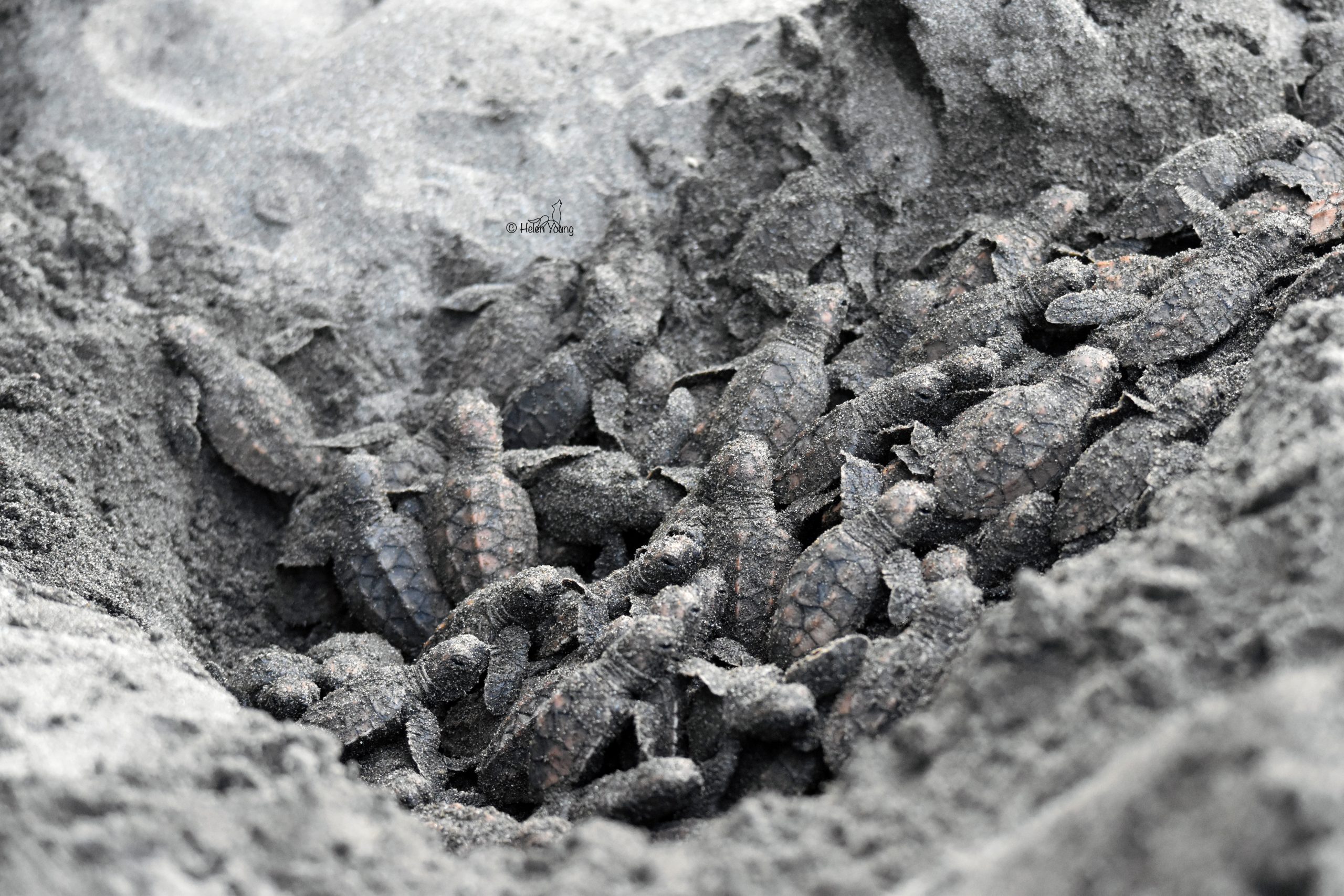 We’ve talked about Green Turtles and what makes them so unique, but they aren’t the only species of sea turtle who make their way to the beaches of Tortuguero every year. Hawksbill sea turtles are a critically endangered species whose population has declined drastically in the last 100 years. Their diet is primarily made up of sponges, making them essential for maintaining the health of coral reefs. 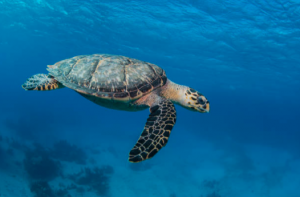 We are lucky here at Jalova that these special sea turtles choose to nest on our beaches. While their numbers here are a lot lower than the Green turtles, in the hundreds as opposed to the thousands, we still manage to work a handful every year in our effort to protect this species.

Hawksbills are distinguished from Greens by four visible methods, the shape of their track, the scutes on their shell, scales on their head and the shape of their head. Hawksbills are also generally smaller than Green turtles but this is not always the case and cannot be used as the sole distinguishing feature. This does mean that their tracks on the beach are typically smaller, plus their small size allows them to use alternating flippers to move themselves up the beach. 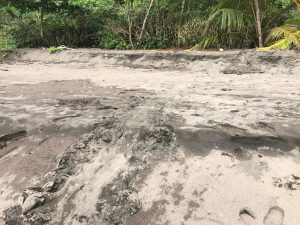 Moving along the beach is a lot more laboursome for the heavy Greens, as they need to use both flippers simultaneously to move themselves along, creating a symmetrical track. In terms of their shells, Hawksbills have overlapping scutes (scales) on their shells, whereas Greens do not. When it comes to their head, Hawksbills have a ‘beak’ shaped face with 4 scales between their eyes. Greens on the other hand have a rounded face with only 2 scales between their eyes. Knowing these features makes telling the species apart very easy.

Hawksbills are also a lot more efficient when it comes to the nesting process. Give them 45 minutes and they are done and gone. Unlike their Green cousins who trample around on the beach for 2.5 hours. Due to their small size, Hawksbills move along the beach in an asymmetric fashion. They alternate their front flippers to move them along, which aids in their speedy nature. These girls also typically lay a lot more eggs. The average ranges between 140-160 eggs per nest but here at Jalova we’ve seen Hawksbills lay upwards of 200! 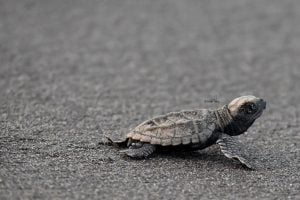 Luckily for us, Hawksbills do quite well here at Tortuguero. With hatching success being quite high.This means that Jalova volunteers are often quite lucky and get to see Hawksbill hatchlings during their stay. Hawksbill hatchlings are While survival to adulthood for sea turtles is roughly 1 in 1000 hatchlings, hopefully our conservation efforts mean that some of those hatchlings we see on the beach every year will make it back to Tortuguero to nest in 20 years time. 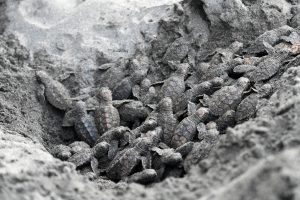