The history – and future – of elephants in Thailand

The history of elephants in Thailand is a tale of how a noble beast ended up in camps. But the story is starting to turn around. Find out how elephants became prominent in the tourism industry in Thailand, and how GVI is part of their new chapter.

Elephants are so ingrained in Thai culture that they are recognised as a symbol of national identity. For hundreds of years, these great creatures have stood alongside Thai people in pursuits such as war, labour, transportation, and more recently, tourism.

Although beloved as spiritual creatures, elephants’ role in Thai society is becoming ever more fraught with ethical issues. GVI’s elephant volunteer project in Chiang Mai is helping to work toward a more positive future for Thailand’s elephants. 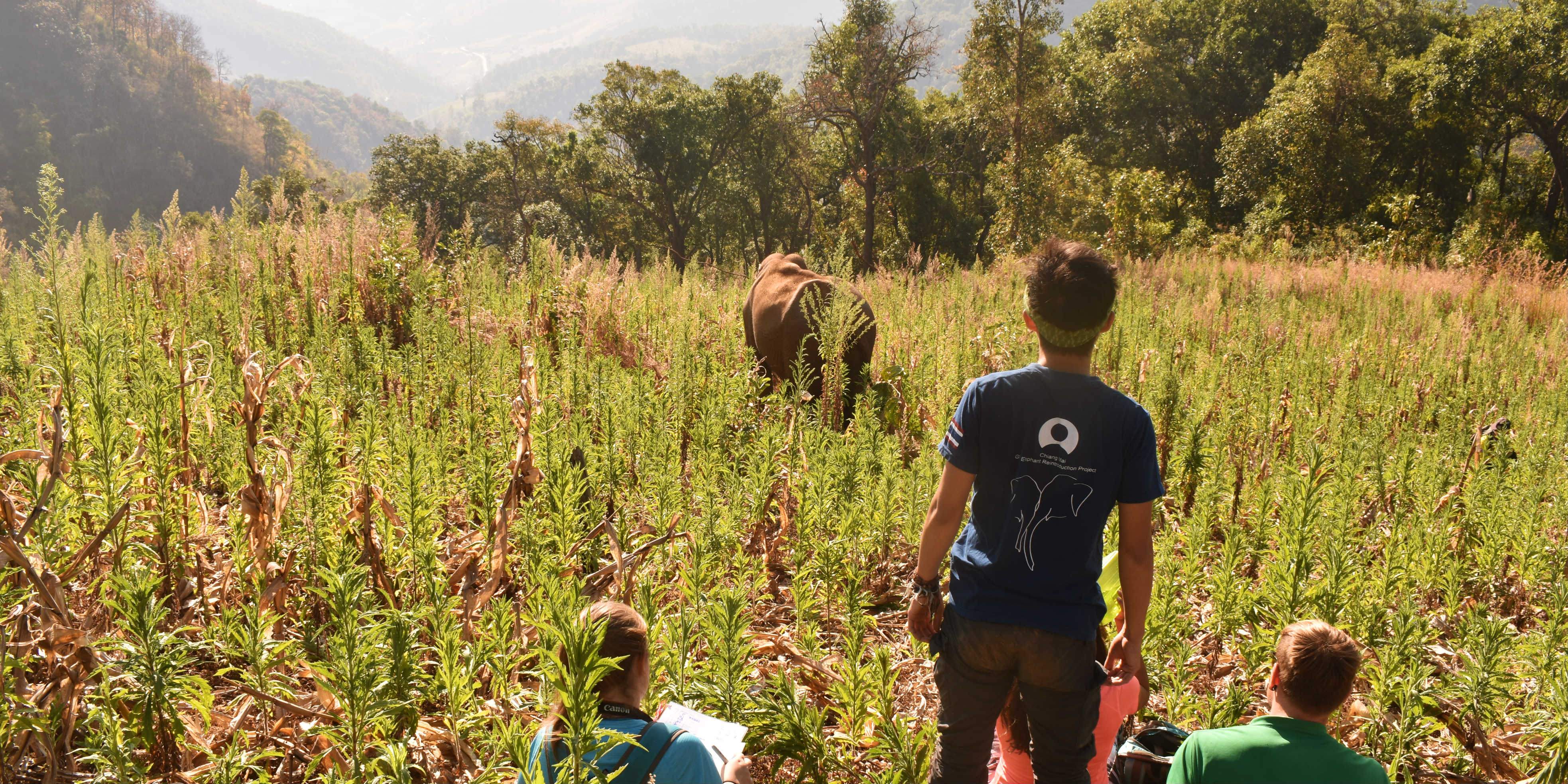 Elephants in Thailand: the facts

The elephants found in Thailand are in fact Indian elephants, a subspecies of the Asian elephant.

Wild elephants were once plentiful in Thailand. In 1900, approximately 100,000 elephants were estimated to be in the country, according to the Food and Agriculture Organisation (FAO) of the United Nations.

Today, only between 3,000 and 4,000 elephants remain in Thailand. Almost half of that number live in captivity.

Asian elephants are classified as endangered by the International Union for the Conservation of Nature (IUCN). 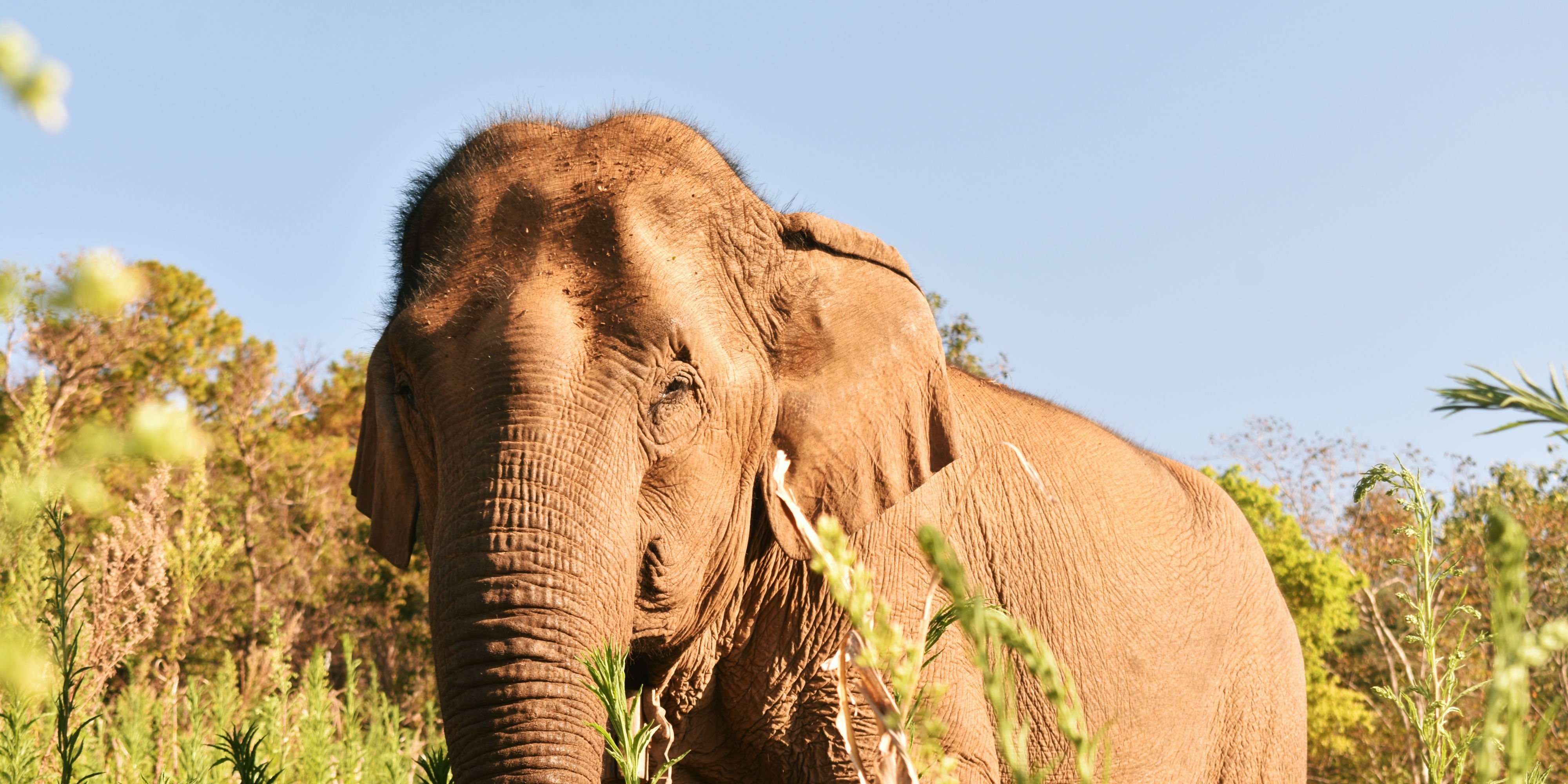 The roles of elephants past

These giant animals have featured in Thai culture for centuries. They were once a symbol of leadership and power; now, they reflect some of the struggles and injustices in Thailand’s development.

Here is an overview of the different roles elephants in Thailand have held over the years. 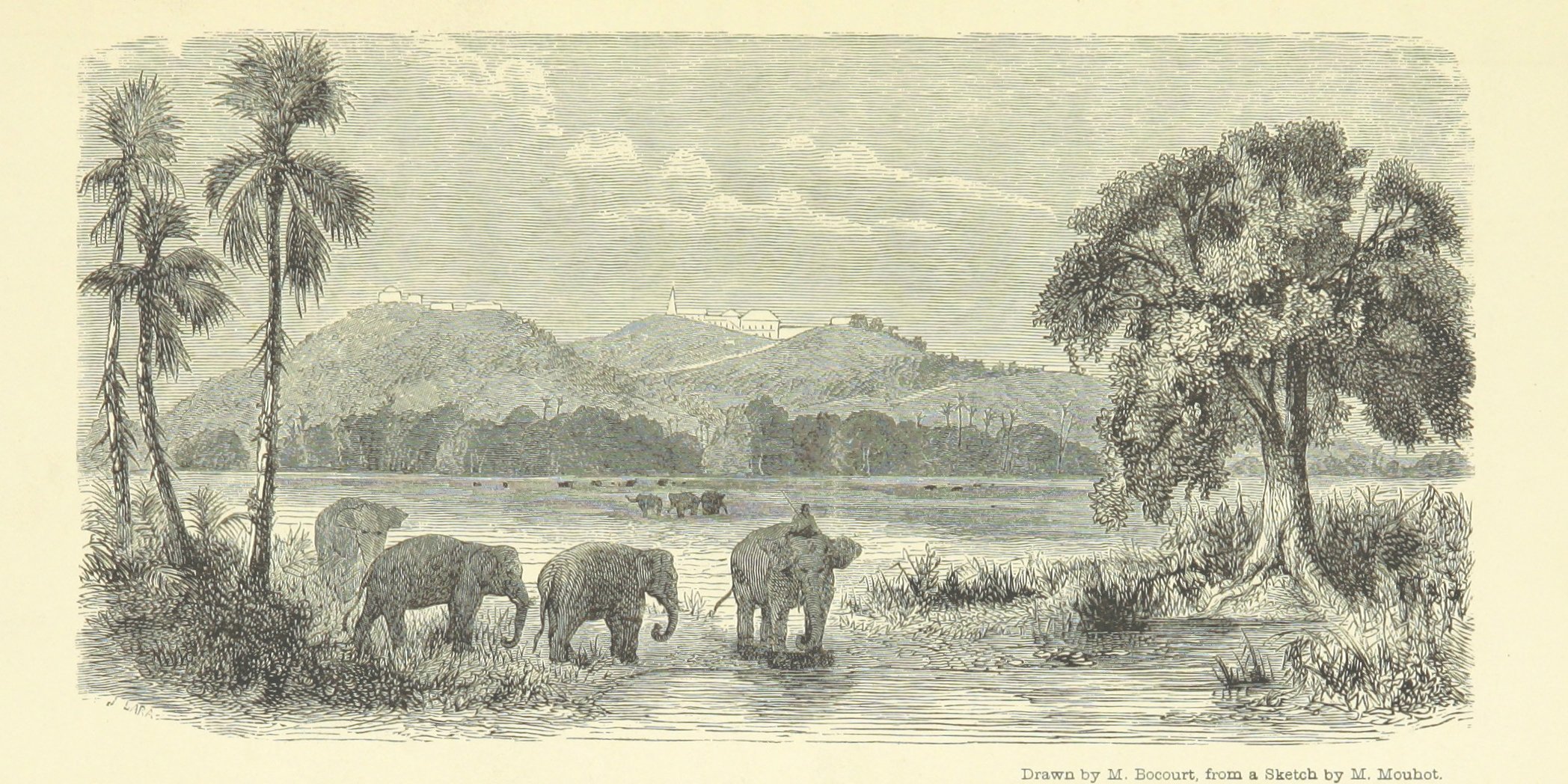 Original photo: “Image taken from page 75 of ‘Travels in the central parts of Indo-China, Cambodia, and Laos, during the years 1858, 1859, and 1860. (Memoir of H. Mouhot [by J. J. Belinfante. Edited by C. Mouhot].) With illustrations’” by British Library is in the public domain.

Thai elephants were used as weapons in warfare from the fifteenth century. Their strength and size made them powerful in battle.

Elephants were basically the equivalent of tanks. Covered in armour, carrying soldiers, and charging speeds of around 25 kilometres per hour, they were formidable opponents.

Thai kings and generals would ride elephants into battle against the Burmese, Khmer, and other enemies. 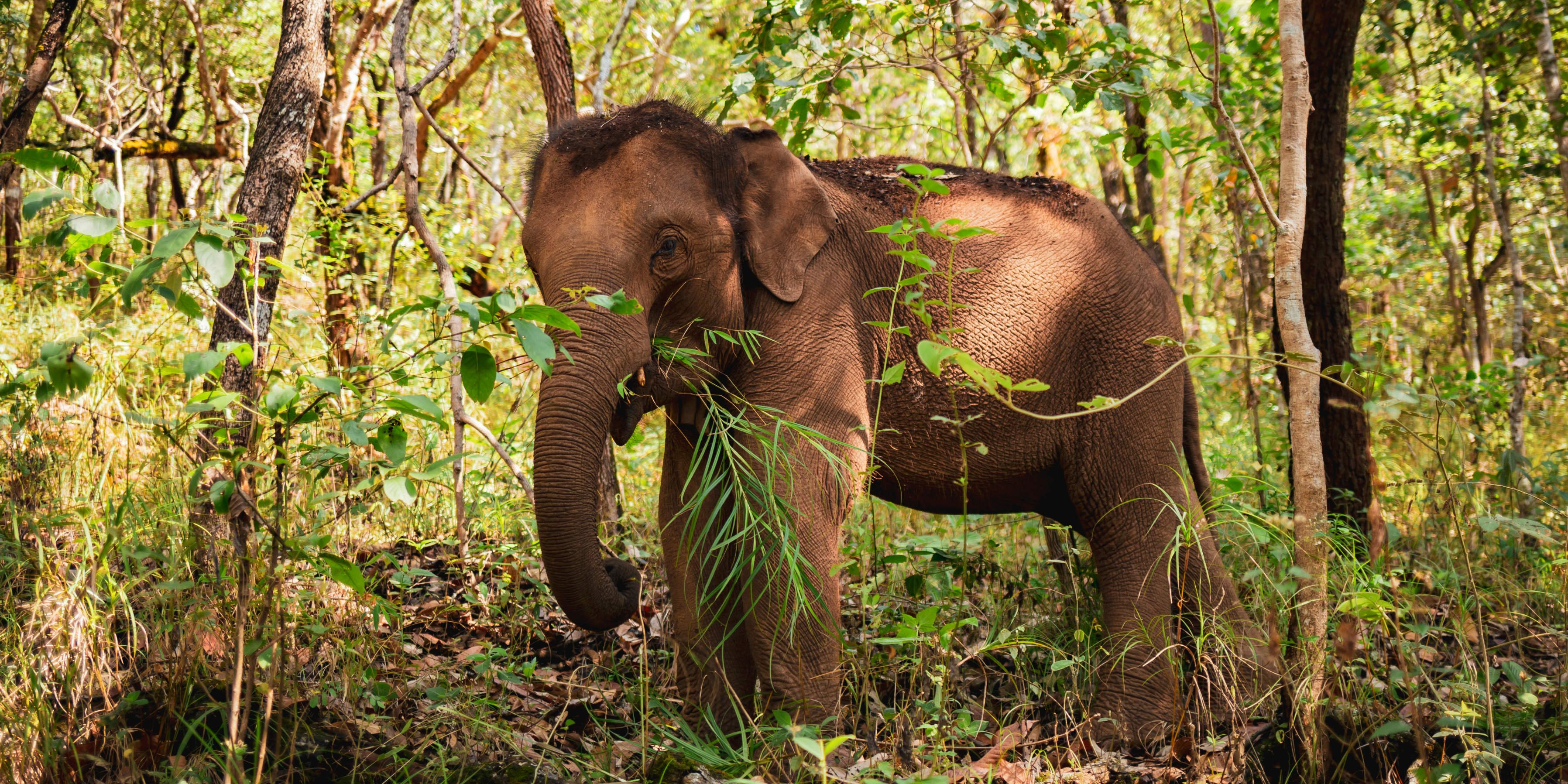 Elephants became synonymous with royalty, and the more elephants a king possessed, the more status and power he had.

White elephants, in particular, were associated with royalty and the moral authority of a monarch. As such, possessing white elephants was a way for Thai kings to prove their legitimacy.

Original image: “Image taken from page 75 of ‘Travels in the central parts of Indo-China, Cambodia, and Laos, during the years 1858, 1859, and 1860. (Memoir of H. Mouhot [by J. J. Belinfante. Edited by C. Mouhot].) With illustrations’” by British Library is in the public domain.

White elephants in Thailand are not actually albino but have white colouring in seven significant places: the eyes, palate, toenails, hair, skin, tail, and genitals.

As white elephants are considered sacred, they are not allowed to work, be sold, given away, or killed. This makes them very expensive to keep. Legend has it that in the past, Thai kings would occasionally gift white elephants to their enemies, as the care of elephants that can’t work would eventually cause them financial ruin. 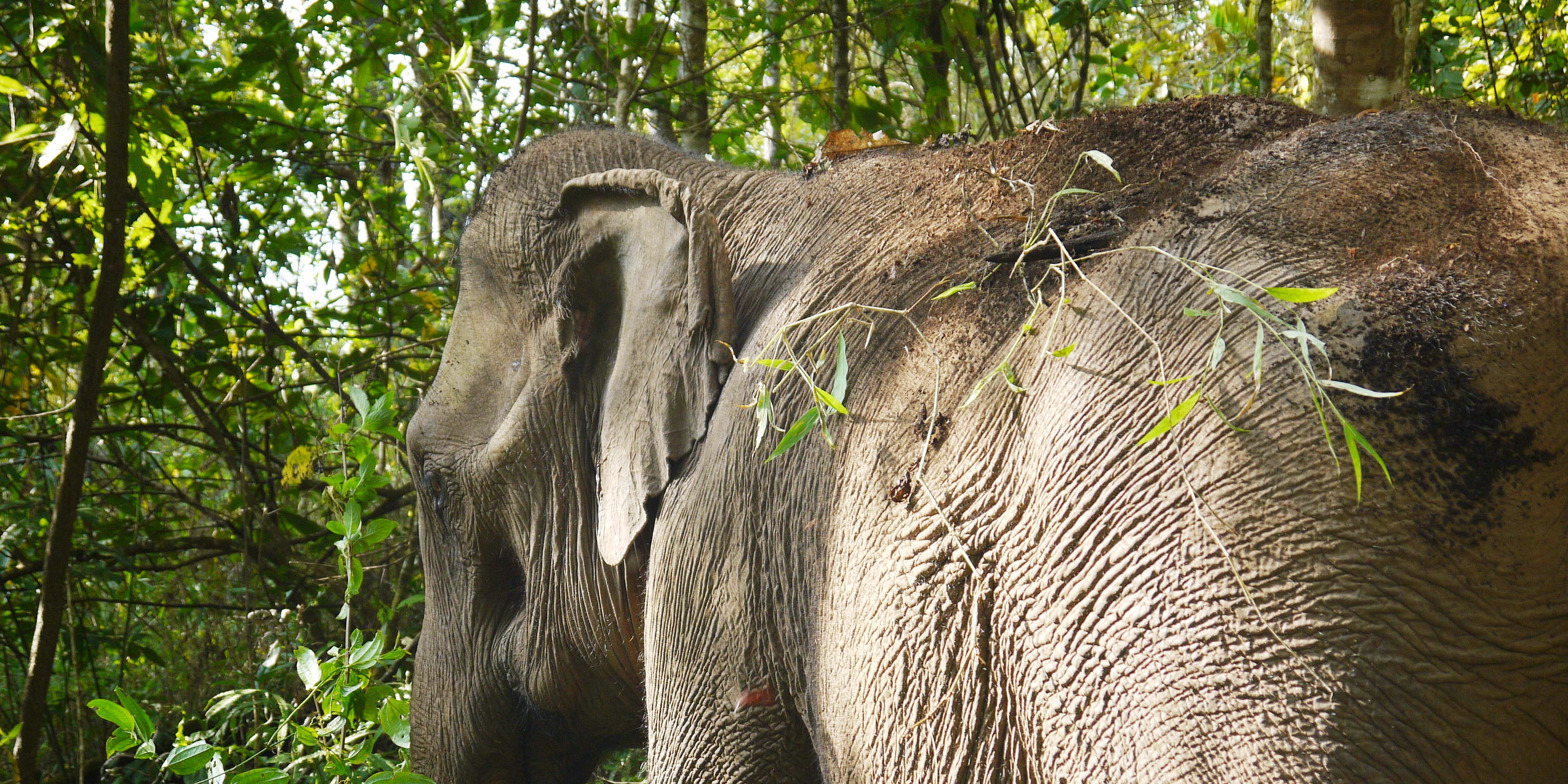 In the 1800s and early 1900s, elephants were a key form of transport in Thailand. According to the FAO, there were more than 20,000 elephants working in transport in northern Thailand in 1884.

As many as 1,000 were used on the route between Chiang Mai and Chiang Saen.

In addition to being used in battles, elephants were also put to work in the logging industry, hauling teak wood through dense jungle.

Ironically, elephants were used to destroy their own habitat. Logging was banned in Thailand in 1989, but by then the damage had been done.

In 1900, Thailand had around 90% forest cover. By 1989, only 28% of the country’s forests remained, according to FAO. This habitat loss and the fragmented nature of the remaining forests are among the biggest threats to the survival of the Asian elephant. 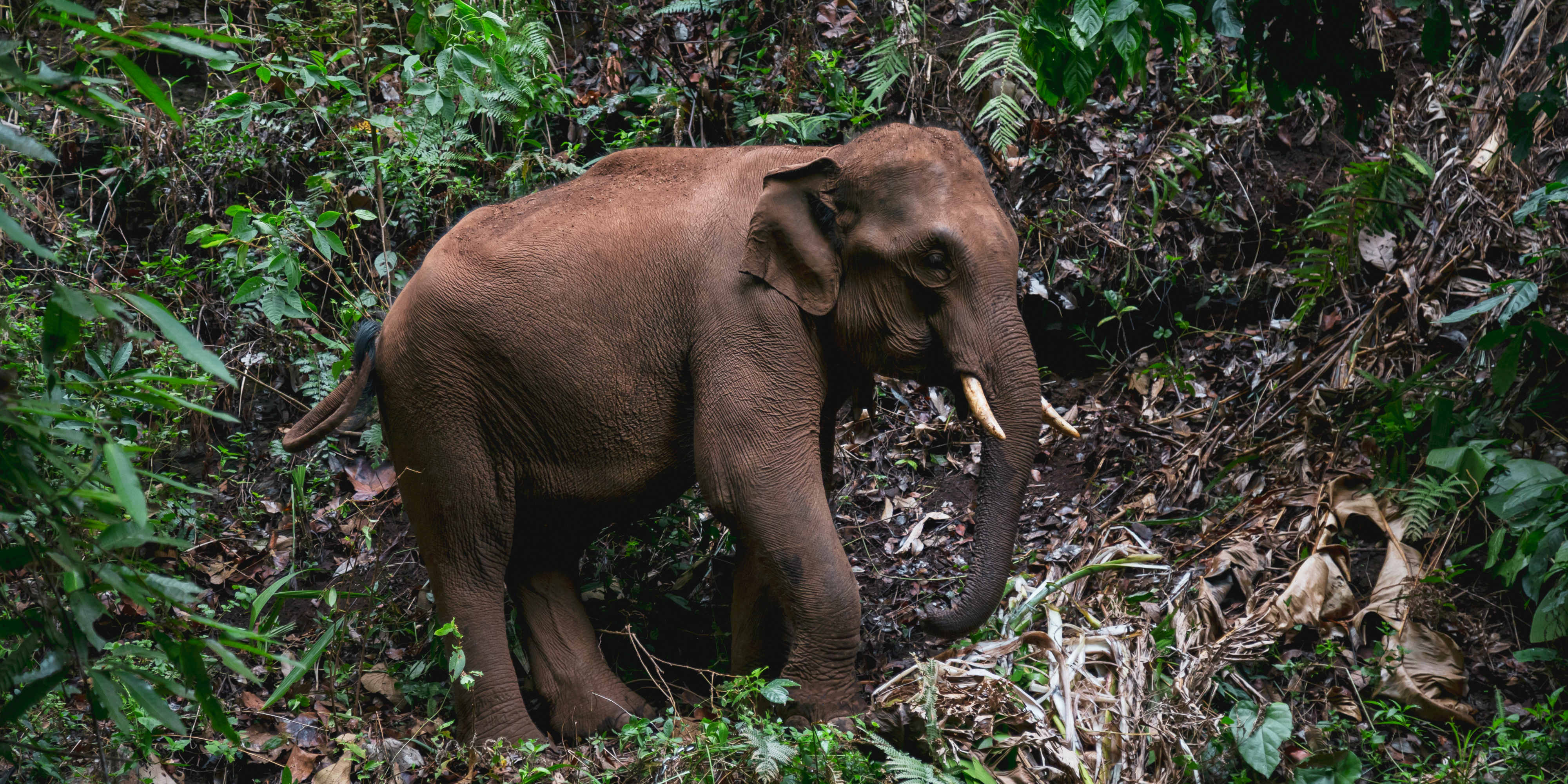 The banning of logging and the rise of modern transportation left many traditional elephant keepers, known as mahouts, and their elephants without the income required for their care. As a result, many turned to the tourism trade for income.

Elephant tourism proved to be hugely popular, and despite ongoing concerns around the welfare of the animals, is still on the rise.

A two-year study published in 2017 by World Animal Protection found that since 2010, there has been a 30% increase in the number of elephants living in captivity at tourism venues in Thailand. 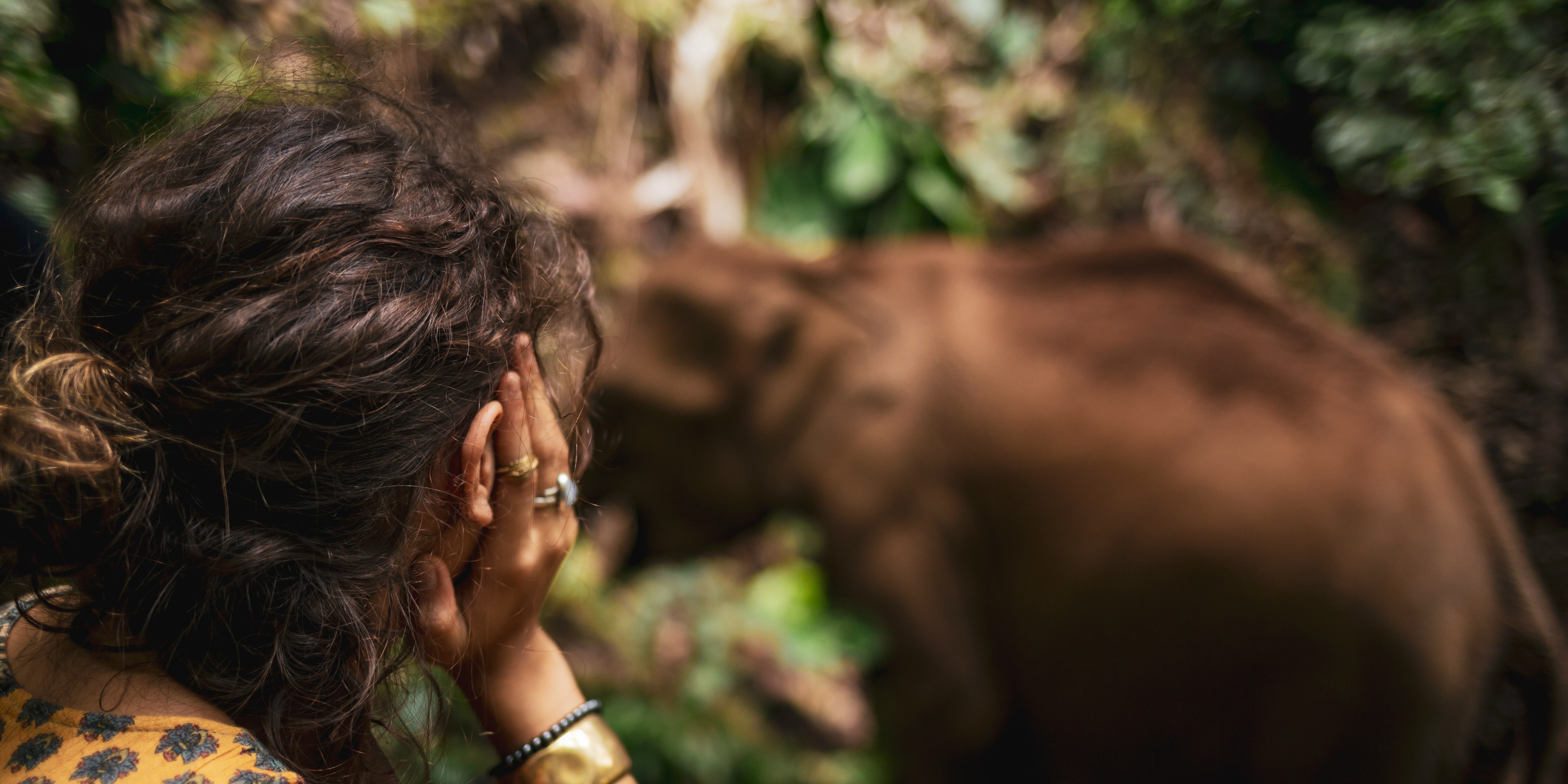 Riding elephants in Thailand is unethical.

The systematic abuse of captive elephants in order to “train” them to carry tourists is common. Plus, the elephants have to endure long working days, limited food, and unnatural environments, such as hours spent standing on concrete.

More and more tourists wishing to travel in an ethical and sustainable way are shunning the practice.

However, boycotting elephant tourism altogether might not be the answer. The situation is complex and requires solutions that take into account the wellbeing of both the elephants and their mahouts.

Today, tourism is the only viable source of income for mahouts and their elephants. Elephants need to eat around 250 kilograms of food per day, which can cost their owners around $1,000 a month. The tourism industry helps to raise the funds needed to care for the gigantic animals and provide a livelihood for mahouts and their families.

It’s clear that the tourism model needs to change, but it also needs to exist in some form to ensure the elephants currently living in captivity are taken care of.

Elephant sanctuaries are becoming more popular, offering tourists the chance to feed or bathe elephants, instead of riding them. However, these sanctuaries still involve unnatural behaviour and a high level of interaction between people and elephants.

GVI’s Chiang Mai elephant project is pioneering a new approach to elephant tourism. Our project limits interaction to the minimum required, while still supporting the elephants and their mahouts, and giving volunteers an incredible once-in-a-lifetime experience. 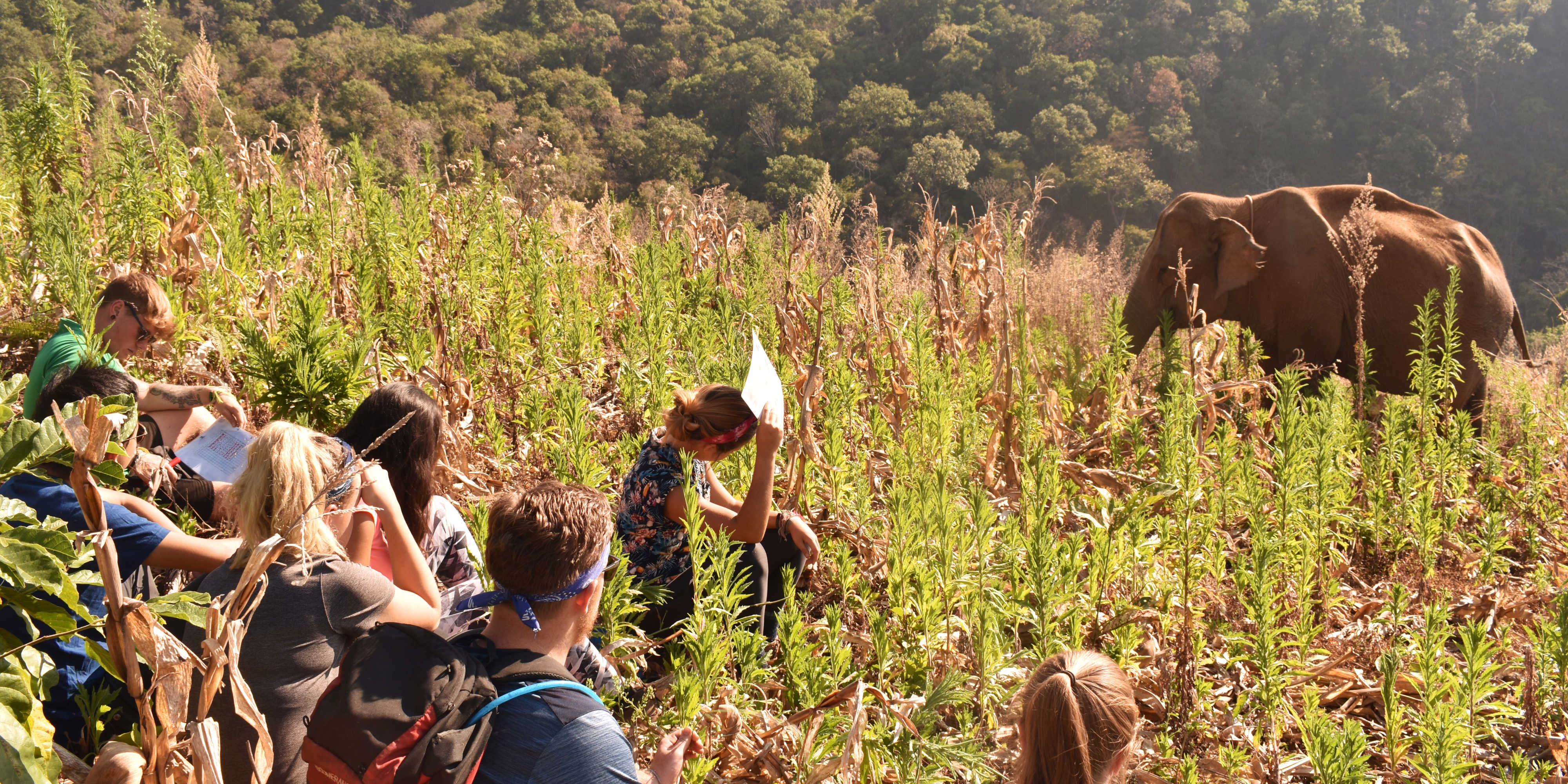 Volunteer in Thailand with elephants

Elephant volunteering in Thailand could help to shape a more ethical and sustainable future for these animals in the tourism industry.

The best place to visit elephants in Thailand is in an environment closest to their natural habitat. You don’t need to go to a camp, or even a sanctuary. It’s possible to observe elephants in the forest. 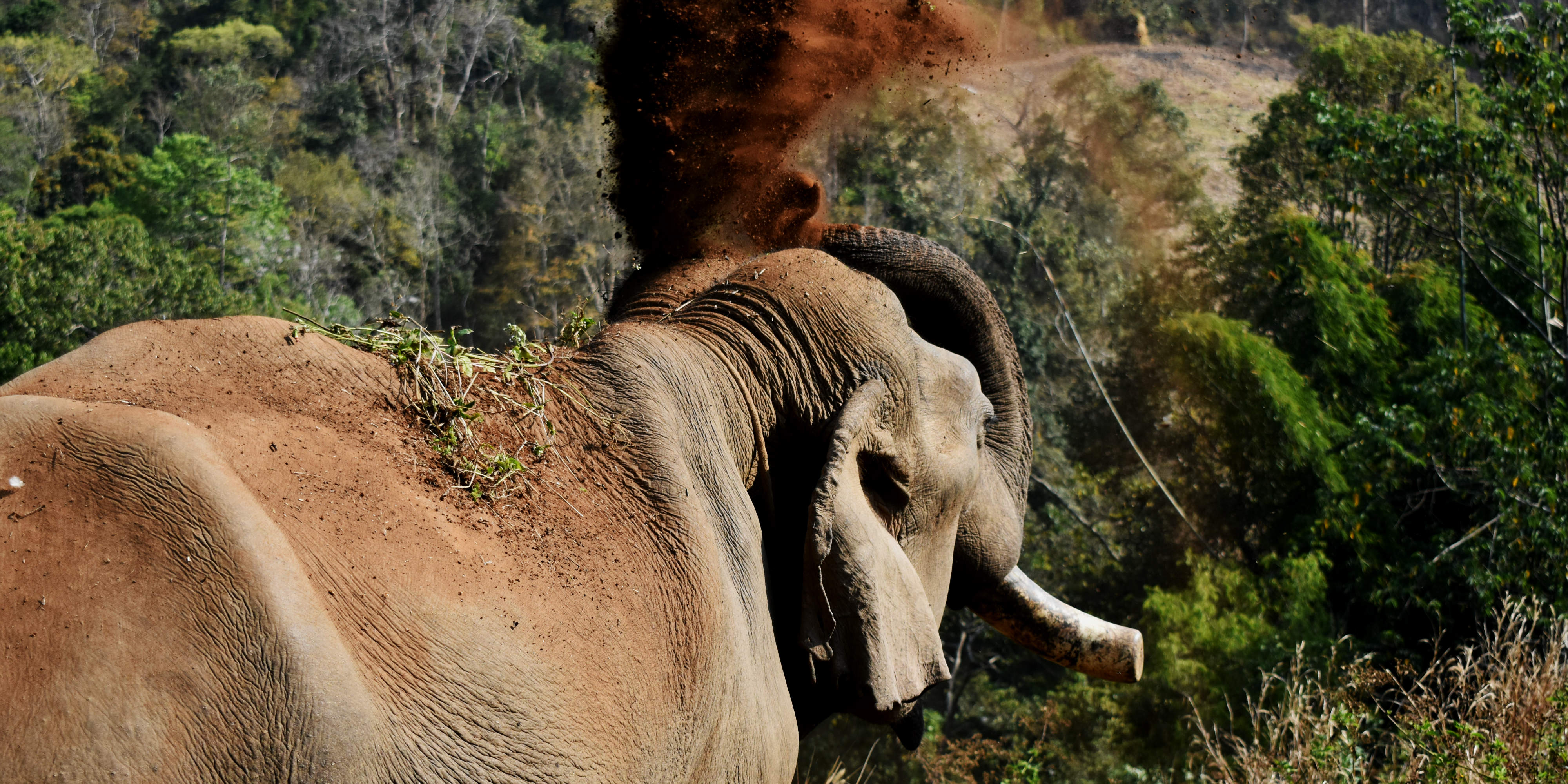 You’ll learn about elephants’ behaviour and contribute directly to their wellbeing by monitoring their reintegration into their natural habitat. Instead of riding, feeding, or bathing elephants, you’ll witness them, and monitor their process in a forest setting. The elephants are semi-wild, meaning they can begin to display natural behaviour by roaming and foraging in the forest, under the supervision of their mahout. 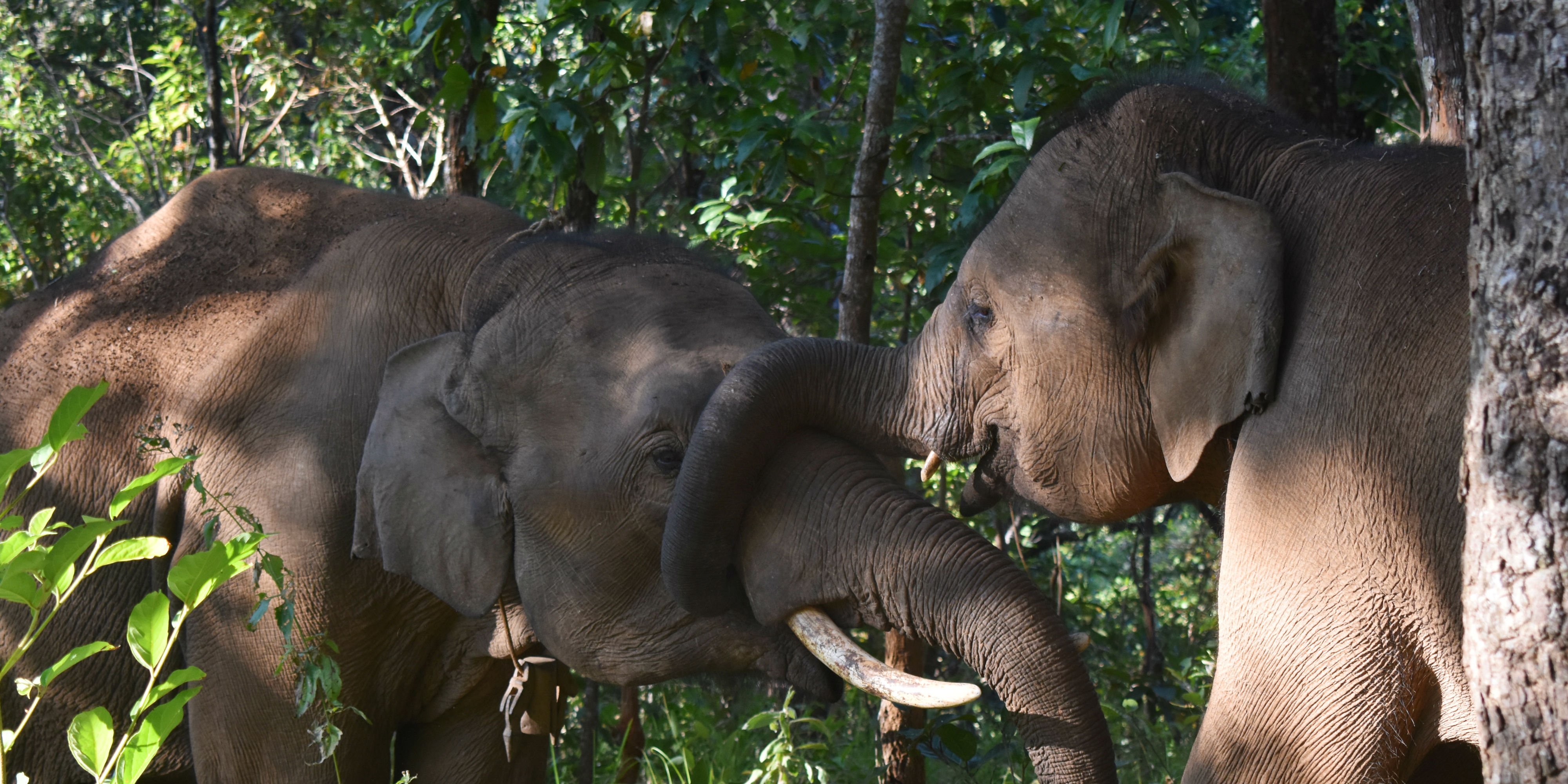 One of the long-term goals of this project is for GVI to be a leading agent of change in the elephant tourism industry. When you choose to volunteer with elephants in an ethical way, you will be part of promoting a sustainable form of tourism that supports both elephants and local communities.

Read more about GVI’s volunteer work with elephants in Thailand, or sign up to become an elephant conservation volunteer today.