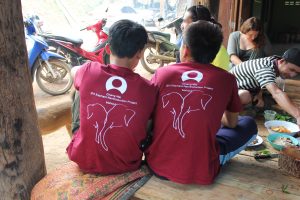 Karen people are an ethnic group situated in South East Asia. Their ethnic origins can be traced back as far as the Gobi desert in Mongolia and Tibet. The Karen people of Huay Pakoot have been settled in the Northern Mountains of Thailand for around 400 years. This is where GVI’s Elephant reintroduction program first began in 2010. 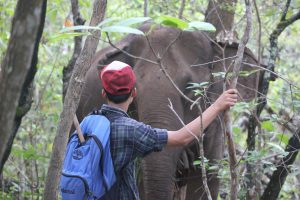 Our youngest mahout Wynn and our oldest elephant Khum Suk

Historically Karen people are primarily made up of agricultural farmers and elephant handlers commonly referred to as mahouts. This is still the case for most modern Karen people who earn a living from planting a range of crops: primarily rice and corn but also include strawberries, coffee, cabbage, pumpkin, chili and more. While it will only be men that train from their fathers and other experienced elders in becoming a mahout. True mahooting is passed down through the generations and is a considered an honor and privilege. Elephants will typically be owned by multiple family members that share the responsibilities over the years. 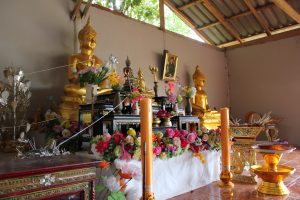 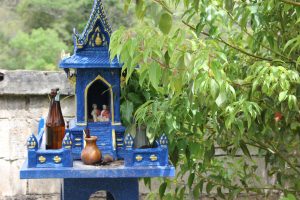 A majority of the people will be Buddhist Animist with a small population of Christians. Animists believe the world is inhabited by spirits. These spirits can live in trees, rivers, mountains, houses. It’s not uncommon to spot small houses for offerings in people homes, rice fields, temples or public places. Geeju’s are a common aspect of life here. Villagers will often wear or carry charms for protection against bad spirits. They believe the body is made up of 37 Klar (spirits). If one or more minor spirits wander away the body becomes sick. If a major Klar wanders the person is thought to become crazy. If all the Klar leave the body the person is thought to die. 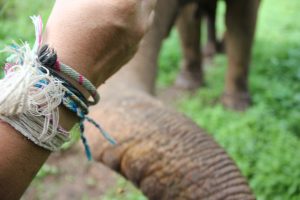 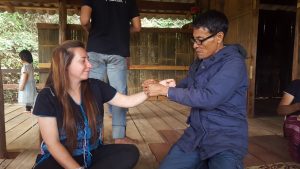 A traditional healer or village elder will hold a wrist tying ceremony referred to as a Geeju. Wandering spirits can be lure back with gifts of fruit, rice and betel nut. The tying of the white string is thought to prevent the spirits from wandering away again. A similar ceremony would be held if family member or elephant returns to their home village after a long absence. It’s interesting that a majority of the houses located within the village have an odd number of steps into their homes. It is believed that spirits can’t climb an odd number of rungs on a ladder. Spirits can be easily angered but can be appeased if shown respect and small offerings.