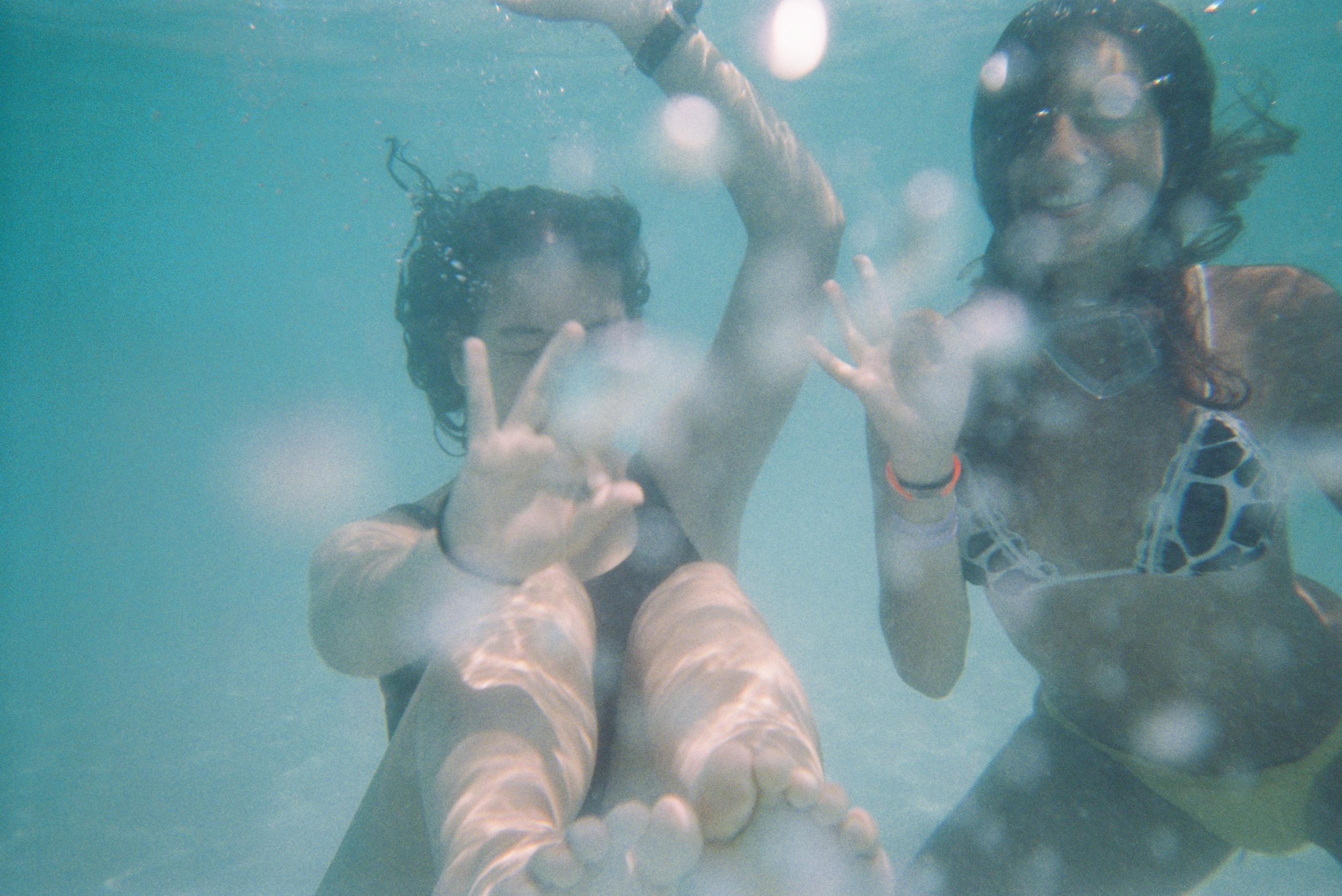 Looking back on my trip to Mexico I find it incredible how much I learnt and experienced in just two weeks. We started by focusing on getting our PADI Open Water Diving Certificate which allows you to dive up to eighteen metres anywhere in the world. This qualification is the first step necessary in acquiring further more advanced qualifications which are required for certain fields in marine biology. I had never dived before, going in the sea for the first time with our bcds and tanks was very daunting descending down into dark blue not being able to see the bottom. The feeling of swimming along the coral reef was completely unique it is incomparable to anything I have done, it was both extremely terrifying and completely wonderful, staying underwater for an hour weightless and serene. In total we did 7 dives, each dive learning new things. On our second week we visited Pez Maya, GVI’s permanent over eighteen reserve in Sian Ka'an, it was originally a private fishing shack but it was destroyed by a hurricane. It is a massive reserve and has many amazing dive sites which only Pez Maya volunteers are allowed to go to. Sea turtles played a leading role on this trip. We first saw them in Akumal, a sea turtle reserve, where we went snorkelling and watched them graze on seagrass. I had never seen sea turtles in the wild before; they have an overwhelming presence of calmness. Over the two weeks we were given a variety of different lectures by our guides and guest speakers and even presented our own to the rest of the group for us to develop our understanding of the organisms we were seeing, the declining state of the ecosystem in the Yucatan Peninsula and the measures NGOs were going to to educate communities and improve the condition of the local environment. I learnt so much from them because I could immediately relate what I was learning about to the things I was seeing. We were taught about sea turtles, whale sharks, coral reefs, fishing sustainability, biorock, the issue of lionfish in the caribbean, conservation projects and organisations. On this trip we were immersed by Mexican culture. Our trip leader Lluvia was Mexican and had been living in Playa del Carmen and working for GVI Mexico for many years. On one day we began by going to El Grande Cenote, a beautiful turquoise underground reservoir with small fish and tiny turtles. After having a typical Mexican lunch by a lagoon filled with alligators we went to visit Mayan ruins in Coba. The ruins were surrounded by jungle and some even covered by them. We climbed to the top of the pyramid and overlooked the vast expanse of green. Later we visited a Mayan village whose residents spoke Mayan rather than Mexican. A family demonstrated a ritual song for us, burning incense, drumming and singing. What these experiences taught me is how rewarding travelling is, being able to get acquainted with completely different cultures. Marine biology can unlock this opportunity of travel, in a very unique way. This project allowed me to experience what life could be like if I became a marine biologist. We took a boat for an hour to go and see whale sharks to snorkel with them. A National Geographic boat passed us on the way, a coincidence that showed me the possibility of my future. Whale sharks went to this spot in the sea to feed off tuna eggs. We were expecting to see only a handful of whale sharks but nature is amazingly unpredictable and we ended up swimming with more than one hundred and fifty. The whale sharks’ speckled grey-blue forms swam around me moving their tail slowly and intentionally with power which propelled them deceivingly quickly. Being so close to the largest fish in the sea is an indescribable feeling and completely humbling. That experience summarises how I feel about the whole trip, it made my ideas about a future in biology and conservation seem more than just fabrications but realistic possibilities. I pushed myself in Mexico to do things that initially I would have been too scared to do and I am so glad I did. This trip is the first step I am making down my path studying biology, I now have a better understanding of what both working with biology and conservation requires and what rewarding fields they can be.